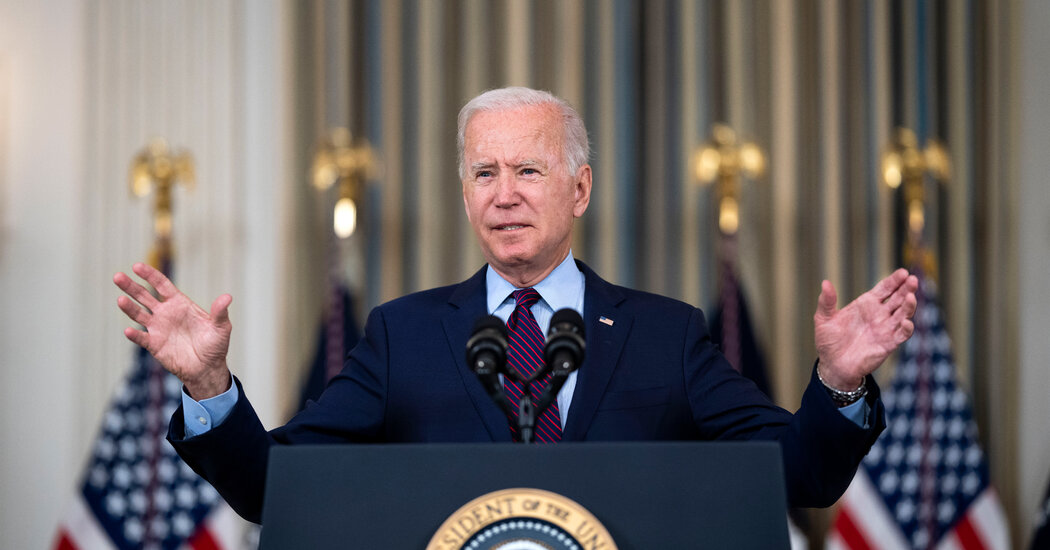 The uncertainty over the federal debt ceiling is starting to get serious.

The U.S. government will run out of its ability to borrow money sometime this month, the Treasury Department has said. Economically, that does not need to be a problem, because investors remain enthusiastic about lending money to Washington. Doing so has been among the world’s safest investments.

Politically, however, the debt-ceiling deadline presents a problem. Over the next few weeks, Congress will need to pass legislation to increase borrowing, and nobody in Washington seems to know how that will happen. The uncertainty has the potential to roil financial markets and ultimately increase Washington’s borrowing costs, as happened during a debt-ceiling fight in 2011.

Today, we will explain the three most obvious ways the current standoff could end, as well as the obstacles to each.

The debt ceiling is a strange creation. In many other countries, the legislature effectively approves government borrowing when it passes a spending bill or a tax cut, and many economists consider that policy to be wise. It’s akin to the way a household budget works: You decide whether you can afford a car before you buy it — rather than buying it and later debating whether to pay off the auto loan.

Today’s federal debt stems from a mix of Democratic and Republican policies, including Donald Trump’s tax cut and President Biden’s first Covid-19 rescue bill. And for much of American history, the solution would have been straightforward: After some grandstanding from both parties, Congress would have raised the debt ceiling along bipartisan lines.

But congressional Republicans have become more aggressive about using the debt ceiling as a political tool in recent decades. This time, Mitch McConnell, the Republican Senate leader, has taken that aggressiveness to a new level.

McConnell has said that he agrees the debt ceiling needs to rise. But he has also said Republicans won’t vote for it because they oppose Biden’s agenda and because Democrats control Washington. Senate Republicans have gone even further than withholding their votes: Last week, they filibustered a Democratic bill to raise the ceiling. There is little Senate precedent for a filibuster on the debt ceiling.

Speaking at the White House yesterday, Biden reiterated that Democrats were willing to raise the debt ceiling on their own and described the Republicans’ filibuster as “hypocritical, dangerous and disgraceful.”

Many Democrats continue to predict that Republicans will cooperate in the end, given the huge economic consequences that a government debt default would have. Yet that prediction seems based more on hope than evidence.

McConnell seems to believe that voters will punish Democrats for economic chaos, given that they hold the White House and control Congress. It’s a reminder of why many Republicans consider McConnell to be a ruthlessly effective leader — and also why one biography of him is titled, “The Cynic.”

The filibuster — which effectively requires 60 out of 100 Senate votes to pass a bill — is merely a Senate tradition, not a law. A majority of senators can end it at any time, as they already have for judicial nominations.

One option for Democrats is to declare the debt ceiling, and by extension the American economy, too important to be subject to a filibuster. They could then quickly pass a bill to lift the ceiling — and also change the law to eliminate future debt-ceiling showdowns. Virtually every other country takes a version of this approach.

Scrapping the filibuster for the debt ceiling would be a way for Democrats to answer McConnell’s toughness with a similar toughness. But Senator Joe Manchin, the West Virginia Democrat, indicated yesterday that he was opposed: “We have other tools that we can use,” Manchin said.

Manchin seemed to be alluding to an existing exception to the filibuster known as reconciliation. Under reconciliation, a simple majority of senators can pass a very small number of budget bills each year.

Democrats are planning to use that process to pass the centerpiece of Biden’s agenda, a bill that would expand pre-K, community college, Medicare, the child-tax credit, clean-energy programs and more. The party could also lift the debt ceiling through reconciliation, although that would come with downsides. The process is sufficiently complex that it would probably take a couple of weeks and distract Democrats from their negotiations over Biden’s agenda — another reason that McConnell is taking a hard line.

Adding to the urgency of the issue, the Treasury Department has said that the government is likely to breach the debt ceiling less than two weeks from now, on Oct. 18. Some analysts think the Treasury may be able to take some technocratic measures to push back that deadline by several days or more.

Legally, the government has options beyond these three — like minting a trillion-dollar coin — but they seem highly unlikely.

There is genuine uncertainty about what happens next. Congressional Republicans have a history of using the debt ceiling for political advantage, even when it damages the economy. Senate Democrats seem unlikely to change the filibuster. Democrats also seem reluctant to use reconciliation, with Biden yesterday saying that it was “fraught with all kinds of potential danger for a miscalculation.”

One possibility is that investors will get nervous in the coming days, causing declines in stock or bond prices. If that happens, it could change the politics of the situation and make Republicans more open to cooperation.

For now, the most likely scenario seems to be that Democrats will resort to reconciliation to lift the debt ceiling without Republicans’ help — but not do anything to prevent future debt-ceiling fights.

The M.L.B. playoffs begin tonight with the Yankees and the Red Sox, the sport’s biggest rivals, meeting for an elimination game in Boston. Whoever wins will be an underdog in the next round against the low-budget Tampa Bay Rays. Here’s our playoff guide:

The favorites: Oddsmakers like the Los Angeles Dodgers, the defending champions and practically an all-star team. But they have a long path to the World Series, as they first need to win a one-game playoff tomorrow against the red-hot St. Louis Cardinals.

The interlopers: The Dodgers must play tomorrow because their biggest rivals, the San Francisco Giants, stunningly won 107 regular-season games, one more than the Dodgers. Almost no one expected much from the Giants, a team built around veterans known as “the old guys.”

The villains: The Houston Astros have become baseball’s antiheroes, because of a scandal in which they banged on a garbage can to tip off batters about what pitch to expect. Yet the Astros are hitting almost as well now as when they were cheating. Statistical analysis has found that the garbage can wasn’t much help.

The Midwesterners. Two less glamorous contenders — at least on the coasts — are the Milwaukee Brewers (whose pitchers led the majors in strikeouts) and the Chicago White Sox (a young team led by a 77-year-old manager, Tony La Russa).

For more, The Times has Wild Card previews: Yankees-Red Sox history, and the St. Louis legend now on the Dodgers.