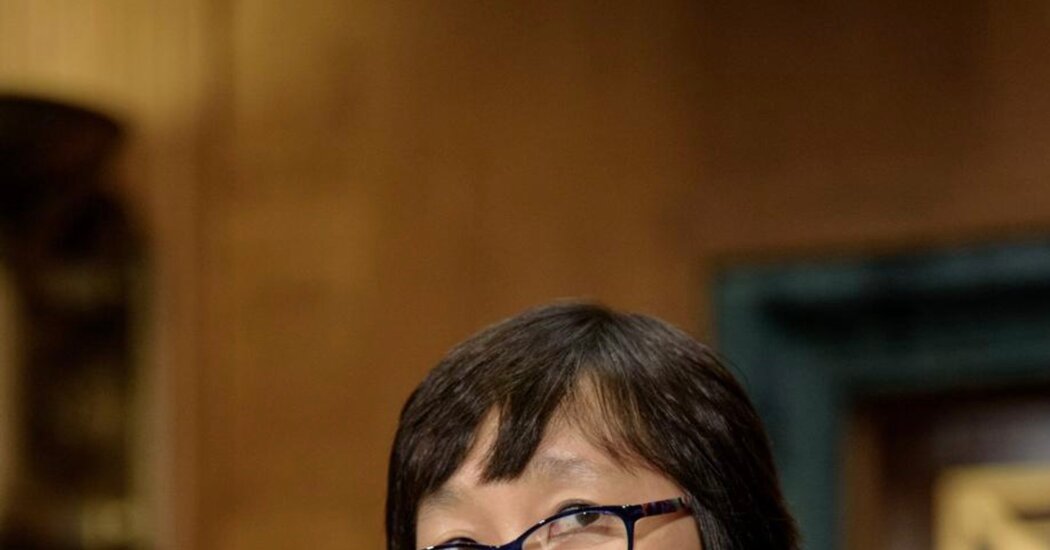 When White House officials began looking for new candidates to lead one of the banking industry’s top regulators this summer, they saw Saule Omarova as a compromise between the competing demands of moderate and progressive Democrats.

Ideological divisions had already scuttled the chances of two other candidates to lead the Office of the Comptroller of the Currency, but Ms. Omarova seemed to have something to offer both sides. She had specialized in banking law at a large corporate law firm and worked at the Treasury Department during a Republican administration, while as a Cornell Law School professor she explored ideas for revamping the financial system to increase its stability.

Expectations for Republican support were never high. But the most damaging blowback has come from somewhere else: the banks themselves.

Across the board, banks and their trade groups, including the American Bankers Association, which counts the big banks among its members, and the Independent Community Bankers of America, which represents the smallest institutions, have been sounding alarms about Ms. Omarova.

Bankers usually take a reserved approach when reacting to proposed new regulators, so such pointed objections immediately after the White House announced its intention to nominate Ms. Omarova on Sept. 23 are almost unheard-of. And the united front displayed by all of the major trade groups is also unusual, because the largest banks’ agendas are sometimes at odds with those of the smallest.

At the heart of the opposition are some of Ms. Omarova’s academic writings, which have explored ideas like having the federal government provide banking services to consumers through the Federal Reserve.

The criticism has come swiftly. A day after the White House announcement, Rob Nichols, the president of the American Bankers Association, said her proposals would “effectively nationalize America’s community banks.”

Some critics have suggested that her views border on communism. A few days after the White House announcement, The Wall Street Journal’s editorial board said Ms. Omarova “believes the Soviet economic system was superior.”

The banking groups say that Ms. Omarova’s views pose a threat to the industry’s business models, even though creating a public banking option through the Fed would be well outside the power of the Office of the Comptroller of the Currency, which oversees large nationally chartered banks.

“The core of all of this and the source of our most significant concerns is we look at everything that she has said or written publicly, there are bold ideas that essentially look at eliminating the banking system as we know it today,” said Rebeca Romero Rainey, the president of the Independent Community Bankers of America, in an interview on Tuesday.

A White House spokeswoman and Ms. Omarova declined to comment.

While most of the institutions represented by the Independent Community Bankers of America would not be overseen by Ms. Omarova, they are crucial to her confirmation chances. The threat of its disapproval may be enough to convince moderate Democrats not to vote in her favor, and even a single defection could scuttle her because of the 50-50 split between Democrats and Republicans in the Senate.

The American Bankers Association and another industry group, the Consumer Bankers Association, have contacted Senators Mark Warner of Virginia and Jon Tester of Montana, two moderate Democrats on the Senate Banking Committee, according to a person familiar with the matter who was not authorized to speak publicly.

The Independent Community Bankers of America has also reached out to the Democrats least likely to support her if her nomination reaches a vote of the full Senate, Joe Manchin of West Virginia and Kyrsten Sinema of Arizona, the person said.

When asked about the contacts with the two senators, Ms. Romero Rainey said her group was voicing concerns about Ms. Omarova — even though she acknowledged that Ms. Omarova has worked on the side of community banks on some issues.

Ms. Omarova, for example, filed a court brief in support of a lawsuit by New York’s state banking regulator over the O.C.C.’s creation of a new charter for non-bank financial technology companies, known as fintechs, which small banks worry will take business away from them while evading the strict rules they have to follow. She has also written about the need for more restrictions on industrial loan companies, another type of lender that the community bankers see as a threat. And she has publicly warned about the risks of big banks and other large financial institutions becoming too powerful.

But none of that seems to matter compared with Ms. Omarova’s support for Federal Reserve-issued bank accounts.

“At the end of the day it really comes down to this philosophical question,” said Ms. Romero Rainey, who added that she was open to talking to Ms. Omarova about her views, but did not know what it would take to alleviate her concerns.

While the head of the Office of the Comptroller of the Currency can influence broader bank regulatory policy through groups like the Financial Stability Oversight Council and the Federal Deposit Insurance Corporation board, the establishment of public banking options goes beyond the office’s purview.

Some Democratic lawmakers, however, have proposed giving the United States Postal Service new powers to offer basic banking services, and the Postal Service has begun a pilot program to provide check-cashing options.

Even though public banking ideas have support from lawmakers and academics, some of Ms. Omarova’s critics are using her writings to suggest that she could be a communist.

A Bank Policy Institute newsletter written by its chief executive, Greg Baer, pointed out that Ms. Omarova, who grew up in what is now Kazakhstan, won a scholarship to college in Moscow called the Lenin Personal Academic Scholarship. A spokesman for the institute declined to comment.

And Brad Bolton, the chairman-elect of the community bankers association, quoted a Republican congressman from Alabama who tweeted a link to The Wall Street Journal editorial about Ms. Omarova, along with a warning that she had praised the Soviet financial system.

“This nomination must be stopped!” he wrote. Mr. Bolton did not respond to messages seeking comment on Tuesday.