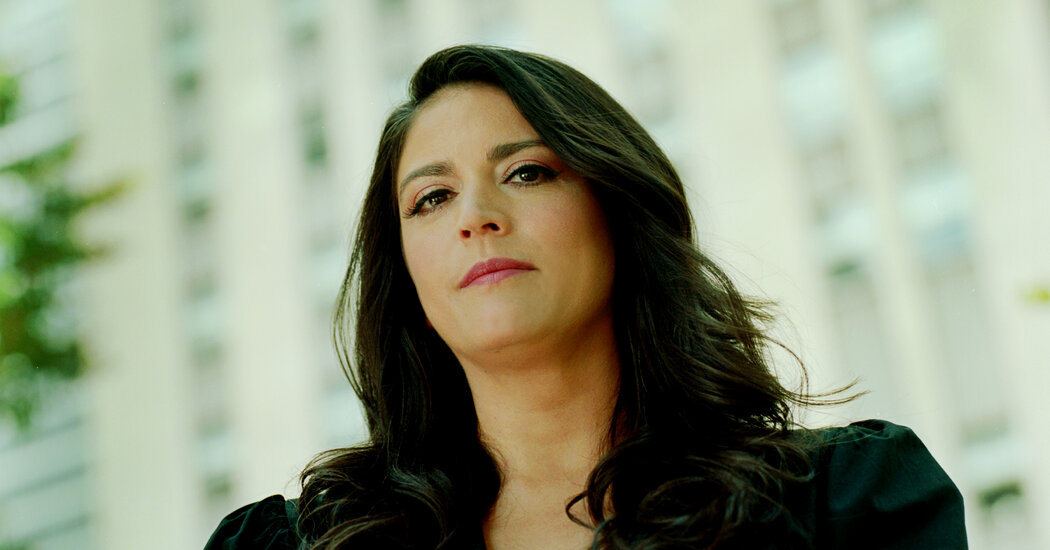 Cecily Strong has twice been nominated for an Emmy Award for her standout “Saturday Night Live” impressions that have included Melania Trump, Ariana Grande and Lin-Manuel Miranda.

Now she will be playing 12 characters, with no costume changes or props, in her New York theatrical debut — in a role made famous by Lily Tomlin.

Strong, who recently won acclaim for her portrayal of a musical-loving backpacker in the Apple TV+ comedy “Schmigadoon!,” will star in a new production at the Shed of Jane Wagner’s one-woman comedy “The Search for Signs of Intelligent Life in the Universe.” The production, starting Dec. 21, will be the show’s first New York staging in two decades. It will run through Feb. 6, 2022; Leigh Silverman (“The Lifespan of a Fact,” “Violet”) will direct.

In a review of the original 1985 Broadway production, The New York Times critic Frank Rich wrote that the second act — a compressed history of the feminist movement — was “the most genuinely subversive comedy to be produced on Broadway in years,” and praised Tomlin’s “chameleon-like ability to inhabit a wide range of personalities.” The show was adapted into a film, also starring Tomlin, in 1991.

The Shed’s 2021-22 season also includes several postponed commissions from 2020, including the world premiere of the author and poet Claudia Rankine’s “Help,” an examination of white male privilege partly based on questions Rankine, who is Black, asked her white male seatmates on airplanes for a New York Times Magazine article. Taibi Magar will direct the production (Mar. 15-Apr. 10, 2022), which follows a middle-aged Black female air traveler on a plane alongside a dozen or so white male characters. Roslyn Ruff (“Fairview”), who starred in two preview performances of the show, is no longer available, so the role will be recast in the coming weeks, said Alex Poots, the artistic director and chief executive of the Shed, at Hudson Yards.

“It’s a terrific and shattering piece that I think could not be more relevant now,” he said of the show, which had just two performances before theaters shut down on March 12, 2020.

Other highlights of the season include the Berlin-based artist Tomás Saraceno’s exhibition “Particular Matter(s),” a large-scale sensory experience that explores climate change and climate inequity (Feb. 9-April 17, 2022); and a new work by the visual artist, filmmaker and MacArthur fellow Wu Tsang (Apr. 15-17, 2022). Anonymous Club, the creative studio led by the fashion designer Shayne Oliver, will also host three nights of events, titled “Headless: The Glass Ceiling,” with a theme of over-the-top extravagance, or “headlessness,” during New York Fashion Week (Feb. 10-12, 2022).

Proof of vaccination will be required for everyone 12 and older for all performances, and everyone age 2 and older must wear a mask.

A full season lineup is available at TheShed.org.