Disney World’s 50th anniversary celebration begins, with much at stake. 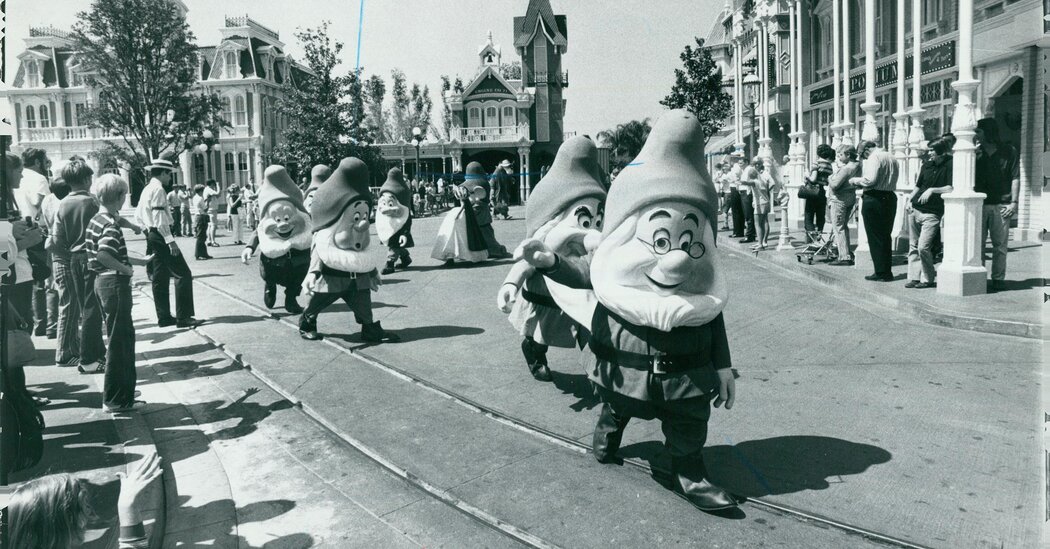 “I don’t do business with carnival people.”

In 1959, a landowner rebuffed Walt Disney’s attempt to buy beachfront property in the Florida Panhandle with those words, or so legend holds. It may have been one of the biggest economic blunders of all time. To build his East Coast version of Disneyland, the father of the theme park industry instead went to a sleepy Central Florida town called Orlando, and opened a resort on Oct. 1, 1971, that now sprawls across 42 square miles, employs more than 70,000 people and attracts roughly 50 million visitors annually: Walt Disney World.

On Friday, Disney World began celebrating the property’s 50th anniversary, with confetti cannons turned up to full blizzard, the only setting that Disney Parks marketers have. The promotional event will last at least 18 months and will include new roller coasters for Epcot and the Magic Kingdom; a new high-end hotel meant to simulate travel on a “Star Wars” galactic cruiser; two new fireworks extravaganzas; limited-edition merchandise; and MagicBand+, wearable technology that will unlock (for a price) interactive experiences.

There is also a theme song, with a not-so-subtle title: “The Magic Is Calling.”

Those who dislike the company’s supertanker-full-of-sugar approach to family entertainment will surely recoil even more. But millions of people will heed Disney’s call, pouring hundreds of millions of dollars into the company, airlines and the Orlando economy — all of which are still trying to recover from the pandemic.

“There’s been big demand,” said Jeffrey Merola, the owner of Mouse Vacation Planning, a Disney-focused affiliate of Direct Travel in Syracuse, N.Y. “But I have definitely had some people reschedule for 2022. They want to wait to see what happens with the coronavirus, and several of Disney’s bigger anniversary offerings don’t come online until then anyway.” (Those roller coasters, for instance.)

Mr. Merola, who is also a guidebook author, spoke from the Orlando airport on Friday afternoon. He had visited the Magic Kingdom in the morning. “I wanted to be there on the actual anniversary because it felt historic,” he said.

Disney Parks, Experiences and Products swung to a profit ($356 million) in its most-recent quarter as the availability of coronavirus vaccines prompted families to return in large numbers. (The division lost $1.9 billion in the same period a year earlier.) “We’re going to be increasing capacities as we have the demand,” Christine M. McCarthy, Disney’s chief financial officer, told analysts on Aug. 12.

But the Delta variant prompted cancellations, with travel agents saying that families were again worried about traveling to Florida, especially with children too young to get vaccinated. Bob Chapek, Disney’s chief executive, acknowledged “a bit of an impact” from Delta in remarks at a recent investor conference, but he said that reservations for the end-of-year holidays were holding up. He noted that Disney’s safety measures, including mask requirements, had proven effective.

Mr. Chapek and Robert A. Iger, Disney’s executive chairman, kicked off the 18-month marketing event on Thursday night with speeches in front of Cinderella’s Castle, which the company had outfitted with gold embellishments and iridescent paint (called EARidescent in Disney promos). Reactions from fans to the new look have been mostly positive — especially compared with the castle’s unfortunate 25th anniversary look in 1996, when Disney turned it into a Pepto Bismol-colored cake.

Then again, you can’t please everyone: