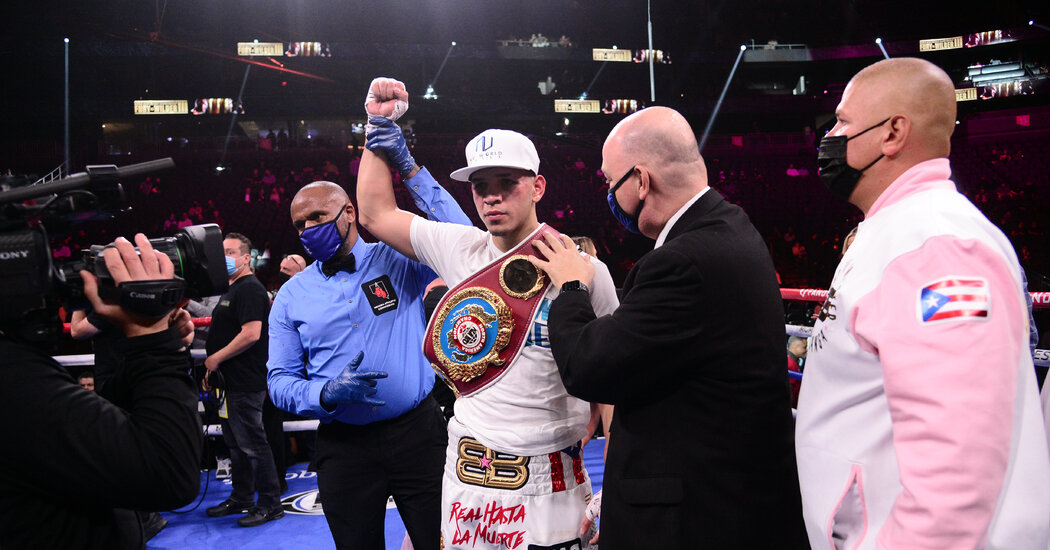 Edgar Berlanga, a 24-year-old power puncher from Brooklyn, settled in, survived a knockdown, and won a 10-round unanimous decision over Marcelo Esteban Coceres, using forward movement and heavy punches to raise a welt on Coceres’ left eye. All three judges scored the fight 96-93 for Berlanga.

Berlanga started his career with 16 straight first-round knockouts, a streak that earned him attention but forced his handlers to seek out tougher matchups, against foes he couldn’t overwhelm with pure power. Coceres circled early, boxed cautiously, and whiplashed Berlanga’s head with a left hook in the fifth round. The next round, he rattled Berlanga again with a pair of right hands.

Berlanga took the initiative in the bout’s second half, showing patience and confidence that he could win without relying on raw power. But Coceres dropped him with a counter right hand to the temple late in Round 9, showcasing the gap in skill between Berlanga, who remains undefeated, and the 168-pound division’s elite fighters.