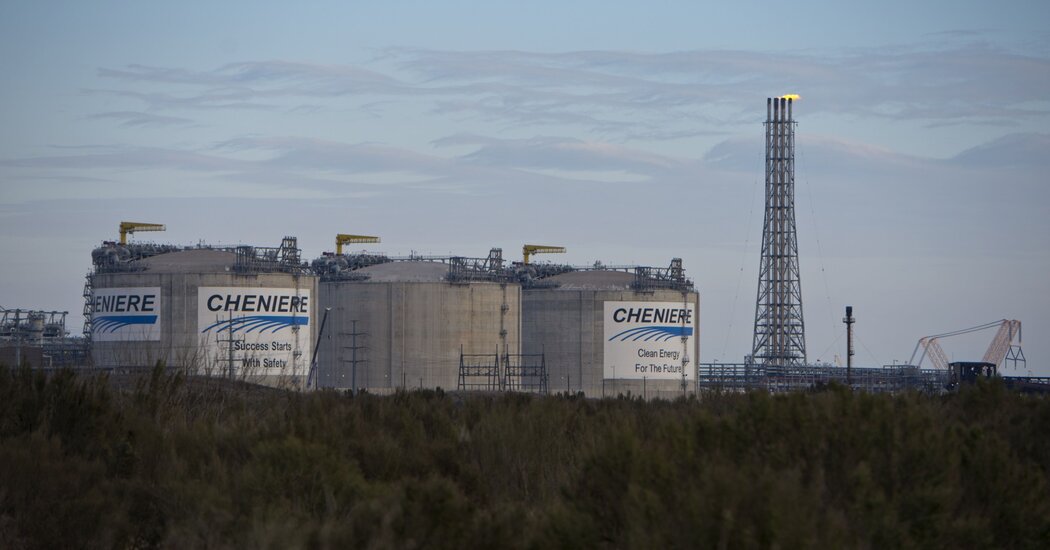 Much of the world is suddenly worried about running short of natural gas, and the impact is being felt in surging utility bills, shuttered factories and a rising desperation as winter approaches.

Across Asia, Europe and Latin America, consumers still reeling from the pandemic are finding energy costs soaring, driven higher by natural gas prices that have increased fourfold in some regions in recent months, hitting record highs this week. Makers of chemicals, steel, ceramics and other goods that require large amounts of energy are seeing their bottom lines squeezed and, in some cases, suspending operations.

In Brazil, the worst drought in 90 years has depleted hydroelectric output, forcing power generators to import expensive natural gas. The government raised electricity prices by nearly 7 percent in September, after a nearly 8 percent increase in July.

Europeans are also feeling the pinch. In Spain, the government recently said it would take profits away from energy companies to help rate payers. In Italy, residents were recently hit with a 14 percent increase in their gas bills, accompanied by a nearly 30 percent jump in electricity rates.

“We’ll have to do the dishes or laundry at nighttime to save money,” said Carla Forni, a teacher and mother of two in Bologna.

In China, already the world largest importer of natural gas, demand is up 13 percent as Xi Jinping, the country’s leader, presses forward with plans to clean up the environment by turning away from coal.

As a major gas exporter, the United States has been benefiting from the strong global demand. Of late, prices that have risen to their highest levels in years have prompted calls to rein in the shipments abroad. American prices, though, are just a fraction of those seen recently in Europe and Asia.

The global shortfalls are tied to natural gas’s growing popularity as a fuel for generating electrical power, because it creates less greenhouse gas emissions than coal. In many countries, it is serving as a cleaner alternative to coal-burning plants as well as aging nuclear generators, as power grids await the expansion of renewables sources like wind and solar.

The increased reliance on gas means there is less flexibility in the system, particularly when the capacity to store gas for times of high use, like winter, has declined in some countries like Britain.

After a slight drop in demand last year during the pandemic, the estimated 4 percent surge in global gas consumption this year as manufacturing and other activities recover has been hard for the industry to handle.

The postpandemic recovery has been driven by “demand for goods rather than services,” said Neil Beveridge, senior analyst in Hong Kong at Bernstein, a market research firm. That focus on making things has meant big increases in consumption of natural gas and electricity to power factories and other industry.

Tanker ships carrying liquefied natural gas from exporters like the United States, Qatar and Australia have been steaming toward China and Brazil, drawn by higher prices. That has cut deliveries to Europe, where there are worries that unusually low storage levels — caused by a cold snap last spring — could lead to a crunch in winter, when demand for the fuel soars in some countries. Disappointing levels of imports from Russia, which is increasing deliveries to China, and falling domestic output in Britain and the Netherlands are also tightening the European market.

High gas prices and low wind speeds that cut the power generated by wind turbines mean that Europe has used more coal than gas in power generation for the first time since 2019, according to Rystad Energy, a consulting firm.

Few industries have been as hard hit as fertilizer makers, which use natural gas to create ammonia, a key ingredient in soil amendments.

Tony Will, the chief executive of CF Industries, one of the world’s largest fertilizer producers, described how this year the price of the gas used at the company’s two British plants more than tripled, until CF was losing $300 on each ton of ammonia produced.

The losses ballooned into “something so big and so negative” that the company could not continue under those terms, and he shut the two plants down, causing headlines throughout Britain.

Since then, Mr. Will agreed to a short-term fix: He has reopened one of the plants with the government covering the losses. The government is helping pay CF’s bills because the manufacture of ammonia results in a valuable byproduct: carbon dioxide, vital to the British meat processing industry as well as for carbonating drinks.

CF is not the only fertilizer manufacturer that has been whipsawed by surging natural gas prices. Yara International of Norway said last month that it was cutting ammonia production at several plants, and the German chemical giant BASF has curtailed the production of the crop nutrients because of high gas prices.

Mr. Will, who was speaking by phone from a fertilizer conference in Lisbon, said he had told the British government that availability of fertilizer might be the next crisis, potentially jeopardizing next year’s crops.

The pressure in the natural gas markets is pushing oil prices higher as well, analysts say. Traders are anticipating that, with gas having reached a level in some cases that is comparable to oil selling for about $170 a barrel, there is a large incentive in some industries to burn oil (lately about $75 to $80 a barrel) instead of gas for electric power, stoking demand.

Where gas prices go from here depends on the severity of the winter, analysts say. A frigid winter could push prices even higher, risking further shortages and industry shutdowns, and most likely a scramble to respond by lawmakers.

On the other hand, warm weather might cause prices to fall sharply. Futures markets are showing a drop to much lower levels next spring.

“We are putting our industry and our households in the hands of weather,” said Marco Alverà, chief executive of Snam, a large Italian gas company.

Weather aside, analysts say the world may be lurching toward an energy and gas market that is tighter than in recent years. The pandemic and other factors have caused companies to delay investment in new fossil fuel projects, including liquefied natural gas terminals. Only about a third of the volumes of additional L.N.G. will come on the market over the next three years, Bernstein estimates, as have in the last three years. In some countries like Britain, nuclear power plants are being decommissioned, and not being quickly replaced.

Growing concerns about climate change, expressed by shareholders or via court cases like the decision by a Dutch court in May ordering Royal Dutch Shell to cut greenhouse-gas emissions, may make some companies hesitate to invest in new multibillion-dollar fossil-fuel projects.

The result is likely to be “more volatile” markets, as electricity networks juggle shifting sources of energy, from oil, gas and coal to clean energy, said Carlos Torres Diaz, head of gas and power at Rystad Energy. The drawback with renewables remains that they depend on the sun and the wind.

Eventually huge installations of sun and wind and other clean sources may help protect consumers from the tyranny of the global commodity markets. But the events of this fall suggest that goal is some distance away.