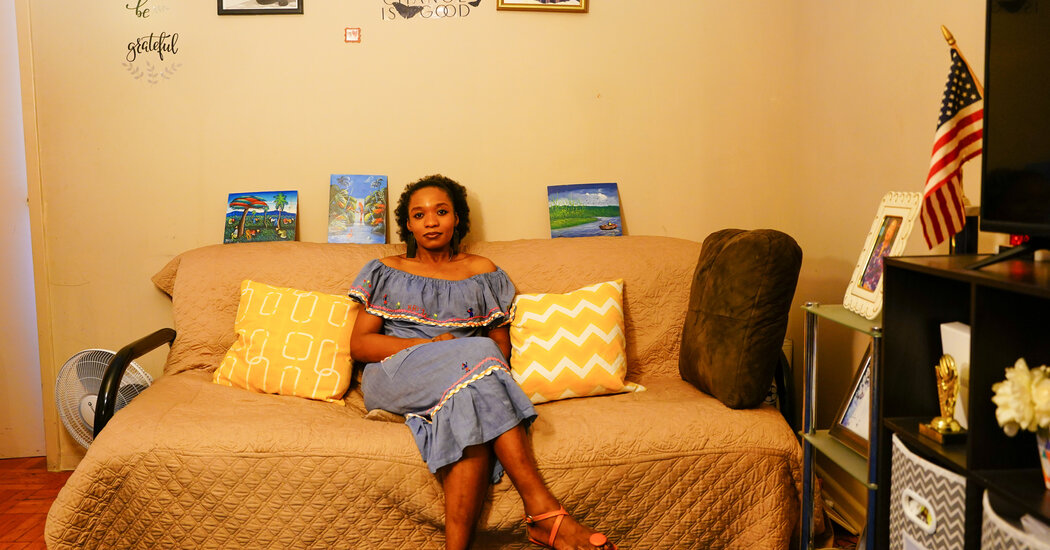 Arriving in Colombia was the beginning of the hell, where you have to buy a machete, oil against snakes, a tent, serum for rehydration and food before starting to cross the forest. I was exposed to all kinds of danger. Some people had worse experiences than me, like men watching thieves rape their wives. I was lucky a bit because the people we paid to guide us had weapons to secure us.

Dealing with all these bad experiences and then arriving in Texas to face deportation is worse than death.

Since the first day in the forest, I thought that I should not be on this trip, which is like going to face the devil with no expectation of what could happen to you. Every day, I walked from 6 a.m. .to 6 p.m. Then we set up our tent to sleep. I was in a group of 13 Haitians; later it became more than 2,000 people.

I walked up a mountain for six hours with my heavy backpack and my wife, Elide, who was two months pregnant, under heavy rain, and the road was muddy. But I was focused on the destination, even though we were suffering.

The worst experience for me was arriving under the bridge at the border with the caravan of thousands of people in the dust under the sun. I had to cross the river to buy food because my wife was starving, and I took the risk to cross to the side of Mexico to buy food, and the water was under my neck, and I don’t know how to swim.

“Some die of thirst or starvation. Children died while on the shoulders of their parents.”

If you choose to make this trip, it is because you know what you want. Some people who were sick died on the way, because they didn’t have enough energy to resist. Some died of thirst or starvation. Children died while on the shoulders of their parents. Thieves in the forest raped the women. We saw dead bodies of Haitians along the way. That is a lot, and the list of dangers is longer than what you can imagine. I preferred to die in the forest than to go back to Haiti in the hands of gangs.

I will work hard and if one day my country is stable, I will go back to Haiti because I love Haiti.