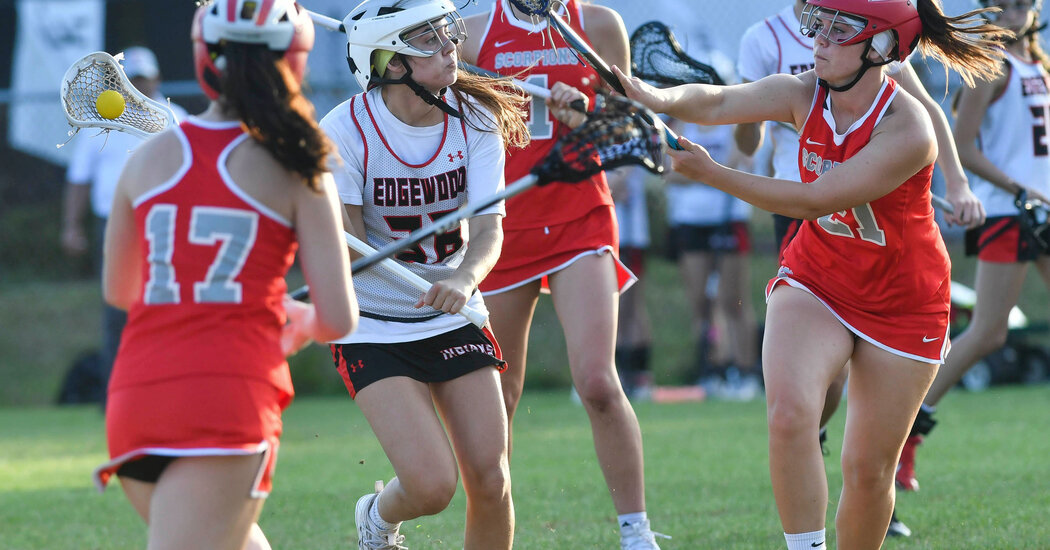 “It’s so new, we haven’t been able to even share the results with stakeholders and medical advisers,” said Carpenetti, whose organization spearheaded the establishment of standards for girls-specific lacrosse headgear several years ago. “Right now, we’re helping showcase evidence from a study that highlights the risk mitigation benefits of wearing headgear for girls high school lacrosse players.”

Carpenetti, however, added that she expected the topic will remain controversial within the sport’s circles and cautioned, as did Herman, that the new research did not address headgear use for girls younger than high schoolers, or for college players.

USA Lacrosse has scheduled a sport medicine symposium for Wednesday and Thursday, when the lead researchers of the Florida study will present their findings. It is also worth noting that no athletic headgear has proved to prevent all concussions. But in the case of lacrosse, headgear has been effective in reducing head trauma caused by stick-to-head or ball-to-head contact.

In roughly the past five years, as concerns about head injuries in youth sports have escalated, hundreds of U.S. school districts have made headgear compulsory at girls’ lacrosse games and practices. Two manufacturers, Cascade, the leading maker of boys’ lacrosse helmets, and Hummingbird Sports in New Jersey, have met the growing demand for lacrosse headgear designed for women.

But the pushback against headgear is staunch and well-connected since it includes many of the highest-level college coaches, who worry that the equipment will ruin the non-contact spirit of the girls’ game. Many fear that headgear use will subsequently lead to shoulder and elbow pads and heavily padded gloves, which are staples of the rough-and-tumble boys’ game. The more gear on the players, their theory goes, the more physical the sport becomes.

Lynn Millinoff, who recently retired after 14 years as the girls’ lacrosse coach at Buchholz High School in Gainesville, Fla., views Florida’s headgear era with a mix of emotions. She said the initial guidance from state officials was chaotic and confounding. She believes the players felt more emboldened and the game consequently grew rougher with more serious injuries from the neck down. She said the headgear was still unpopular among players and worried about the effect on participation levels since each piece of headgear costs about $150.

“But I’m torn,” Millinoff said Thursday. “I’ve seen some of the kids on my teams with concussions and it’s hard to watch that because they’re walking around in a cloud. It’s tough for everybody.”