Israel Will Require a Booster Shot to be Fully Vaccinated 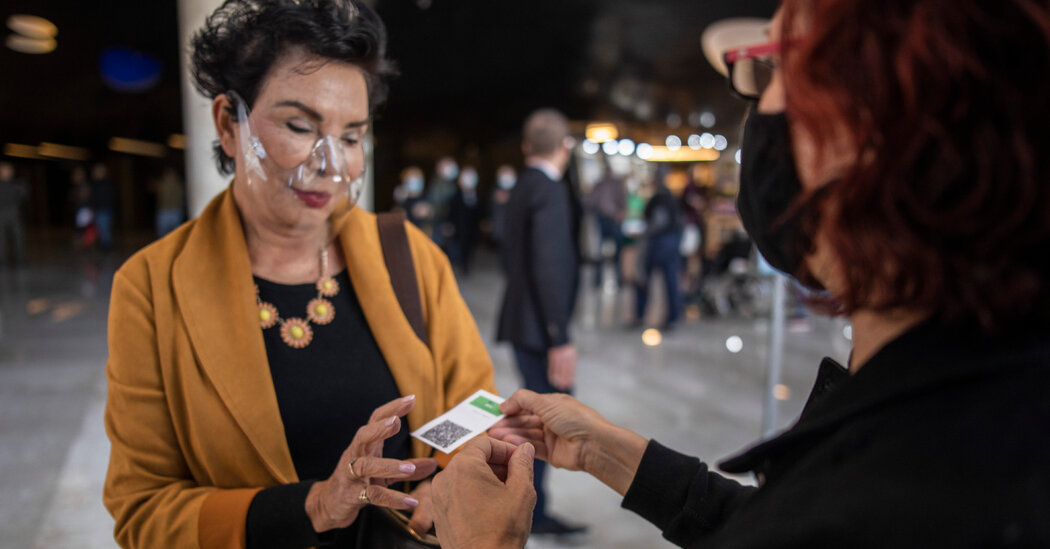 After pioneering booster shots for everyone 12 and older, Israel is believed to be the first country to condition the validity of vaccination passports on having received a booster.

The country said it would soon cancel the vaccination passports of more than a million people, mainly those who are eligible for, but have not yet received, a third vaccination shot.

The booster shots are Pfizer vaccinations, by far the most commonly administered in Israel.

In Israel, a Green Pass — a digital or paper vaccination certificate — is required for entry to public spaces, including restaurants, hotels, clubs, cultural venues and large private gatherings. Unvaccinated people can only gain entry with a proof of a negative rapid test carried out at an authorized test station, which is valid for 24 hours, or a negative PCR test valid for 72 hours.

The change in policy came after Israeli health officials and experts identified a significant waning of immunity in people five or six months after their second Pfizer dose and after studies indicated the effectiveness of the booster shot in preventing severe disease as Israel battled a fourth wave brought on by the highly infectious Delta variant this summer.

There are signs that the fourth wave is being contained. The daily average of infections has dropped by about 54 percent over the last two weeks and the number of severe cases among the hospitalized is decreasing.

“Now is the time to be strict about the Green Pass, be cautious and not become complacent,” Prime Minister Naftali Bennett of Israel said late Saturday. An early advocate of the third dose, Mr. Bennett said it saved lives and allowed the economy to remain open.

Israel initially led the world with its rapid vaccine rollout and, with a population of just over 9 million, is one of the most vaccinated societies. Since the government made boosters available in August, starting with older age groups, and quickly expanding to the younger ones, more than 3.4 million people have received a third dose. People who recovered from Covid-19 more than six months ago are now required to get at least one shot.

Demand for a third dose increased in recent days as the deadline for the validity of people’s vaccination passports approached. A rush of people trying to download a new Green Pass caused the Health Ministry’s phone application to crash temporarily on Sunday, so the ministry announced that expired Green Passes would remain valid for a few more days.