‘It’s Like Kismet’: How a Long-Empty Building Found the Perfect Tenant 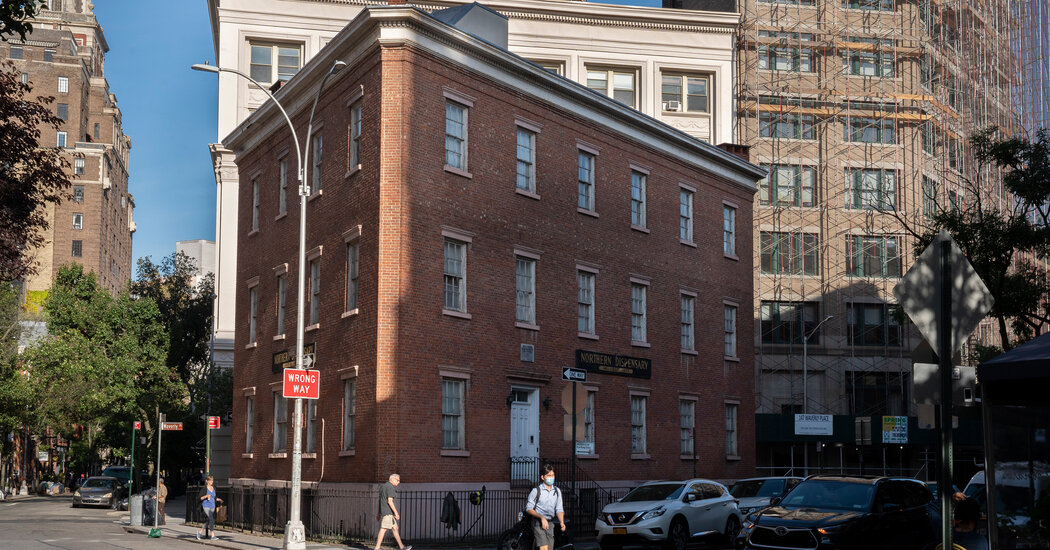 When New York City locked down in March 2020, the meal delivery organization God’s Love We Deliver received 3,500 calls from people seeking help in a single weekend. By the end of June that year, the number of daily meals it was producing had increased by 2,500.

Since then, the organization, which was founded in 1986 to serve homebound AIDS patients but throughout the years has broadened its mission, has brought on additional caseworkers and nutritionists. This has squeezed the nonprofit’s SoHo headquarters for space.

“We’ve gone from pandemic to pandemic,” said Karen Pearl, the president and chief executive of God’s Love We Deliver.

But because of a combination of quirky real estate laws and timing, the nonprofit is set to expand its operations into a long-vacant building in need of a very specific tenant, for which God’s Love fits the bill. The organization has signed a four-year lease to occupy the Northern Dispensary, a historic structure in the West Village and formally a health clinic.

The Northern Dispensary was erected in 1831 to serve the poor residents of what were then the northern reaches of the city. Sitting on a triangular plot of land — and itself triangular in shape — the brick building bears a limestone plaque that reads “Heal the sick.”

In one of those only-in-New-York-real-estate stories, the three-story landmark has sat empty for nearly as long as God’s Love has existed, an oddity in a neighborhood where every building and parcel is a hot commodity.

And for more than three decades, the building, at the intersection of Christopher Street and Waverly Place, seemed destined to remain empty.

The man who bought the forlorn building in 1998 — an eccentric, disheveled character named William Gottlieb, who drove a beat-up station wagon and carried documents around in a shopping bag — had a propensity for snapping up real estate, then sitting on it. He eventually owned about 100 properties in the West Village, the Meatpacking District, Chelsea and the Lower East Side — a portfolio that was, at one point, valued at $1 billion. After his death in 1999, family members battled for control of his real estate empire.

The Northern Dispensary, where Edgar Allan Poe is said to have been treated for a head cold, was unique among the holdings of William Gottlieb Real Estate, however. Deed restrictions dating to the early 19th century require that the building be used to serve the poor and infirm, thus ruling out conversion to high-end condos or rentals, for instance.

As the building continued to sit empty — windowpanes cracked, paint peeling — Mr. Gottlieb’s nephew, Neil Bender, who with his wife, Marika, now controls William Gottlieb Real Estate, appeared to be following in his uncle’s footsteps, at least with this particular property.

“People would reach out to us over the years,” said Corey Johnson, the New York City Council speaker, whose district encompasses the Northern Dispensary. “How come this beautiful building is sitting unoccupied?”

Then God’s Love entered the picture.

In 2019, the Benders attended one of its annual fund-raising concerts. They began donating eggs and microgreens to the organization from their farm in Tivoli, N.Y. When they learned that the nonprofit needed space, they proposed the Northern Dispensary.

“We had the natural fit,” the Benders said in a statement.

Now they have agreed to make the building accessible to those with disabilities and to retrofit it with a new HVAC system and a rewiring. The floors and walls are in good shape, said Scott Henson, principal of Henson Architecture, the firm retained for the project. Fireplace mantels and other historical features of the 190-year-old Federal-style structure will be preserved.

The plans must be presented to the local community board and to the Landmarks Preservation Commission. God’s Love expects to move staff members into the building early next year.

Its monthly rent of $5,800 is a fraction of what a building this size would normally fetch. This allows the nonprofit — which has an annual budget of $27 million, delivers food throughout the five boroughs and, despite its name, no religious affiliation — to devote more of its resources to those in need.

“It just feels right to be in a place whose history was a place to heal the sick,” Ms. Pearl said. Though some office workers will move to the dispensary, meals will continue to be prepared and distributed from the SoHo location, about a dozen blocks south, which has a 10,000-square-foot kitchen.

The fact that the building is in an area where AIDS ran rampant and where God’s Love focused much of its efforts in the early days — interestingly, Northern Dispensary’s last tenant before sitting vacant for 30 years, a dental clinic, was shut down in 1989 after refusing to provide care for a man with AIDS — feels especially poignant to some.

“To have them come into the heart of the West Village is really beautiful and meaningful,” said Mr. Johnson, a gay man who has been H.I.V.-positive for 17 years. “They couldn’t find a more fitting space.”