Loans Will Be the Key to Banks’ Future Fortunes 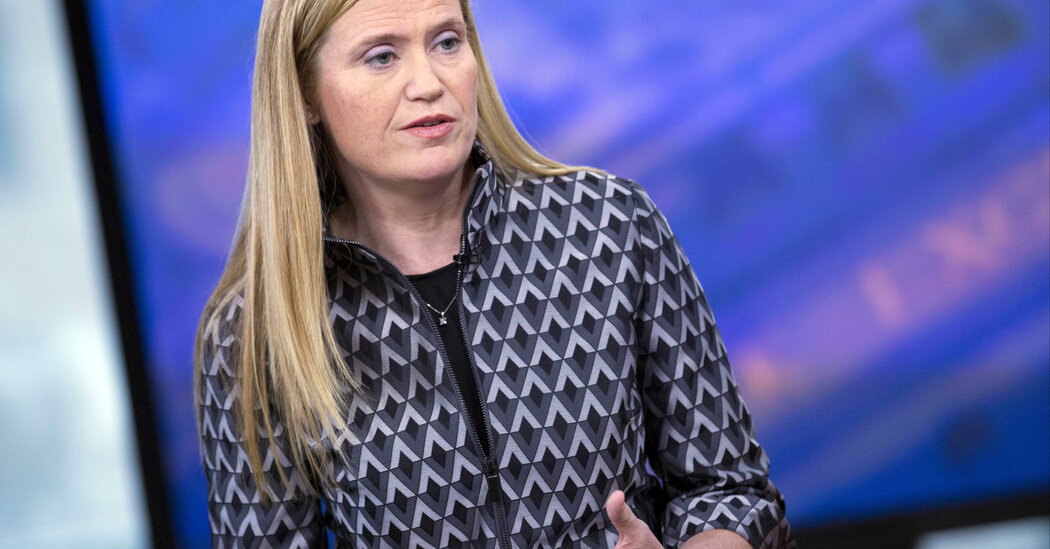 As investors brace for underwhelming earnings reports across much of the business world, the country’s biggest banks are expected to report solid profits this week, thanks to the central role they play in the reopening economy.

The banks’ quarterly reports will reflect a recovery that is both bumpy and shifting — their trading businesses will probably fall short of last year’s windfall, while consumer divisions will most likely fare better as vaccinated Americans spent more on goods and leisure.

“The health of the economy is the key driver for banks,” said Alison Williams, an analyst at Bloomberg Intelligence. “The consumer is out there spending — similarly, businesses look healthy.”

The results coming this week will be from a period of transition — beginning in July, when optimism was running high, and ending in September, after the Delta variant of the coronavirus had sent infection rates rising again and analysts cut their expectations for economic growth.

While infections are ebbing, plenty of factors are still causing turbulence: Continued supply-chain disruptions and labor costs are contributing to inflation, and the Federal Reserve could begin dialing back some of its supports next month. And where bank results go from here will rely heavily on how confident consumers and businesses are in borrowing.

Loan growth was way down at the beginning of the pandemic and has so far been slow to recover. Consumers and businesses benefited significantly from government stimulus efforts, which reduced demand for credit and helped them pay off their debts or amass more cash.

But Richard Ramsden, an analyst at Goldman Sachs, wrote in a recent report that demand for loans was showing signs of increasing.

“We believe that we have reached the inflection point,” he wrote. “We see the outlook as increasingly encouraging.”

The first major bank to disclose results this week will be JPMorgan Chase, which analysts expect will report higher earnings on Wednesday. Four others — Bank of America, Wells Fargo, Citigroup and Morgan Stanley — will post earnings on Thursday, with Goldman Sachs reporting on Friday.

Some of the gains will probably come from money that lenders already have on hand as they pare down the rainy-day funds they set aside earlier in the pandemic to protect against high default rates that never materialized, thanks to government stimulus efforts.

The banks’ Wall Street operations are expected to report strong results from deal-making. JPMorgan’s investment bank benefited from a “very robust” environment, with a better-than-expected performance in mergers and acquisitions, Marianne Lake, its co-chief executive of consumer and community banking, said at an investor conference last month.

But trading revenue — which soared early in the pandemic during a gusher of market activity — will probably fall about 10 percent from a year earlier, she said. Analysts expect other lenders will also experience a drop from those bumper results.

Ms. Lake was optimistic about how households and companies will behave in the coming months. “We do expect to see loans start to grow,” she said at the investor conference.

Bank stocks have risen about 38 percent in 2021, and their shares will probably climb higher as the economy builds momentum, Susan Roth Katzke, an analyst at Credit Suisse, wrote in a research report.

Still, investors should be cautious because banks’ valuations are already high and lenders will most likely face tougher regulation under the Biden administration that could crimp their gains, wrote James Fotheringham, an analyst at BMO Capital Markets.

Last month, Senator Elizabeth Warren asked the Federal Reserve to force Wells Fargo to break off its core banking activities, like offering checking and savings accounts and loans, from its other financial services. The company also got hit with fines and penalties totaling $322.6 million in September for problems in its mortgage business and misconduct in foreign exchange.

Investors and other companies will watch lending behemoths closely for their economic outlook and may take cues from their stances on public policy.

Throughout the pandemic, bank C.E.O.s voiced their support for stimulus programs, and more recently, they have weighed in on the debt ceiling standoff. Wall Street banks are also a barometer for work-force trends, particularly as major employers navigate remote-working arrangements and vaccine policies — although banks have taken varying approaches. Goldman Sachs and JPMorgan called employees back to the office during the summer, but Wells Fargo has delayed the return of its staff until Jan. 10.

Another topic that investors may be monitoring is succession planning at major financial giants, particularly after Bank of America’s chief executive, Brian Moynihan, made sweeping leadership changes, promoting executives after some of its most powerful leaders decided to retire or move on to different roles. JPMorgan and Morgan Stanley have also reshuffled their top ranks to prepare a new guard of executives who could eventually take the helm.

But more than anything, investors will be paying close attention to bankers’ prognostications, given the array of economic risks that lie ahead.

“We have an improving macro environment, and that’s a good thing,” Mark Mason, Citigroup’s chief financial officer, said at the September conference where Ms. Lake also spoke. The bank is closely monitoring everything from inflation to the labor market to an economic slowdown in China. But, overall, its assessment is that “the global economy and sentiment remain quite positive,” he said.