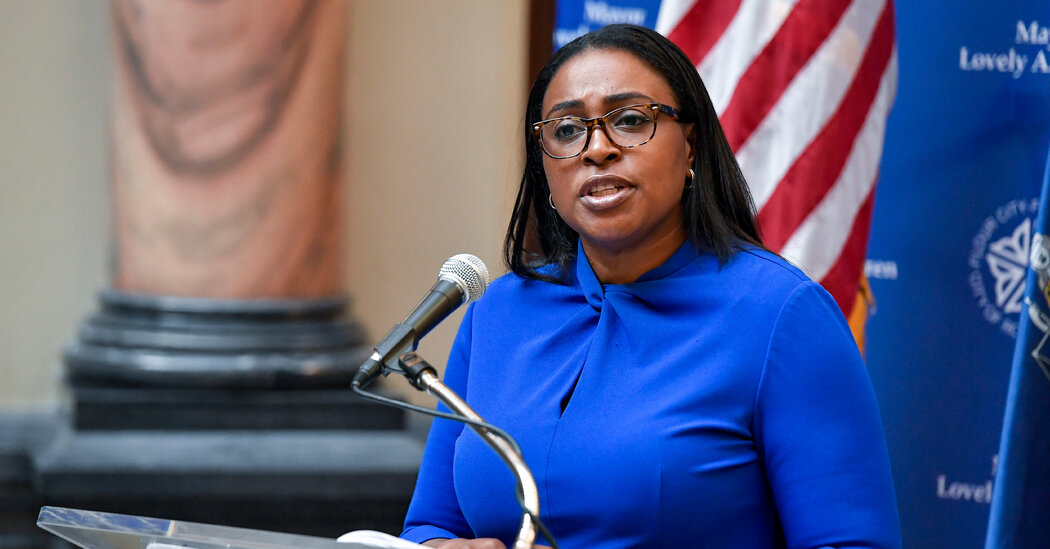 Lovely Warren, the embattled Democratic mayor of Rochester, N.Y., agreed to resign on Monday after accepting a plea deal on multiple state charges stemming from campaign finance violations, as well as child endangerment and gun charges.

The plea deal, in Monroe County court, marks the end of a swift and staggering fall from grace for Ms. Warren, 44, the city’s first female mayor who was once considered a rising star in the state Democratic Party.

Ms. Warren’s resignation is effective Dec. 1, just a month before she would have left office, having lost a June primary for a third term to Malik Evans, a city councilman.

Last October, Ms. Warren was indicted by a grand jury in Monroe County on a pair of campaign finance charges related to her 2017 re-election campaign, involving her official campaign fund and a political action committee.

In July, Ms. Warren was also indicted on gun and child endangerment charges with her estranged husband, Timothy Granison, who had previously been accused of being involved in a drug trafficking ring.

Calli Marianetti, a spokeswoman for Sandra Doorley, the Monroe County district attorney, said that as part of a plea deal with Ms. Warren, the gun and child endangerment charges would no longer be pursued.

In a statement, Ms. Doorley said that resolution of the charges facing Ms. Warren — and those facing two fellow defendants, her campaign treasurer and Rochester’s finance director — was “fair and just based on the nature of their crimes.”

“This is an important step in our larger efforts in promoting ethical elections in our state,” said Ms. Doorley, a Republican.

The plea came as Ms. Warren’s trial on the campaign finance charges was set to begin. Carrie Cohen, a lawyer for Ms. Warren, said that the mayor’s plea deal — to a misdemeanor, rather than the initial felony charges she faced — was in line with her previous admission that payments to her political action committee “were not categorized correctly.”

“There never was any allegation of theft of any campaign or other funds by the mayor, or anybody else involved in the campaign,” said Ms. Cohen, adding that the plea resolved all the pending state criminal charges without admission of any fraud or dishonesty.

Ms. Warren’s resignation caps a period of uncommon turmoil in Rochester, a city of some 200,000 people on the shores of Lake Ontario, including a steep toll from the coronavirus and ongoing upheaval from the death of Mr. Prude, which resulted in the resignation of the city’s police chief.

Mr. Malik, the Democratic nominee and Ms. Warren’s presumptive successor, said Monday that he expected to continue to work with the administration until Ms. Warren stepped down.

“We have to stay focused on making sure the city of Rochester continues to move forward,” Mr. Malik said.