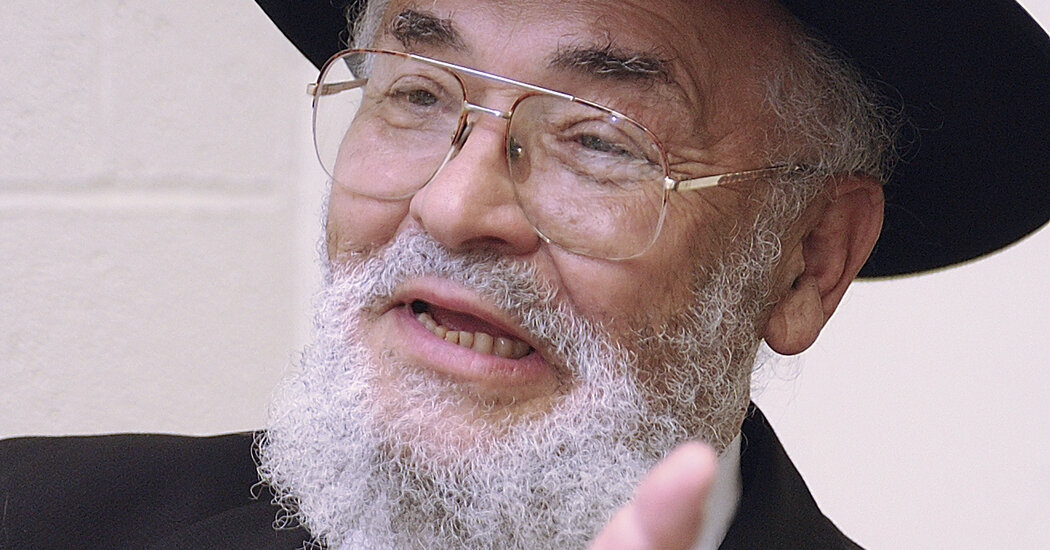 Drawn to biology from childhood, Rabbi Tendler, while studying at Yeshiva, simultaneously took evening courses at New York University. There he received a bachelor’s degree in biology and then a master’s degree in the subject before eventually earning the doctorate at Columbia.

Yeshiva hired him as a biology instructor in 1952, and within a few years he was appointed assistant dean in charge of student affairs. He was later named a rosh yeshiva at the seminary, a title given to the school’s leading teachers and one he held at his death. He lectured from his hospital bed by Zoom until five months ago, his son Mordecai said.

Years ago as a student, Rabbi Tendler was studying at a local library when he was approached by Shifra Feinstein, Rabbi Feinstein’s daughter, who asked him a chemistry question. They went on to marry and have eight children, moving to Monsey in 1960. There he was named rabbi of the Community Synagogue.

Mrs. Tendler died n 2007. Beside Mordecai, he is survived by three daughters, Rivka Rappaport, dean of an Israeli high school, Sara Oren, a nurse at Hadassah Medical Center in Israel, and Ruth Fried, chair of science at Yeshiva University High School for Girls in Holliswood, Queens; four other sons, Yacov, an internist, Aron, a rabbi in Baltimore, Hillel, a Baltimore lawyer, and Eli Don, a lawyer on Long Island; a brother, Sholom, dean of a yeshiva in Los Angeles; more than 200 grandchildren and great-grandchildren; and four great-great grandchildren.

In a tribute he wrote for the online magazine Tradition, Dr. Edward Reichman, a professor of emergency medicine at Einstein and a former student of Rabbi Tendler, said that Rabbi Tendler had taught generations of observant medical students to think about the implications of Jewish ethics in their training and that he had “forever changed the way the Jewish world analyzes and integrates the field of medicine through the lens of Torah.”

“It is no exaggeration,” he added, “to say that Rabbi Tendler’s name was in the Rolodex (or, today, smartphone) of every religious Jewish physician.”