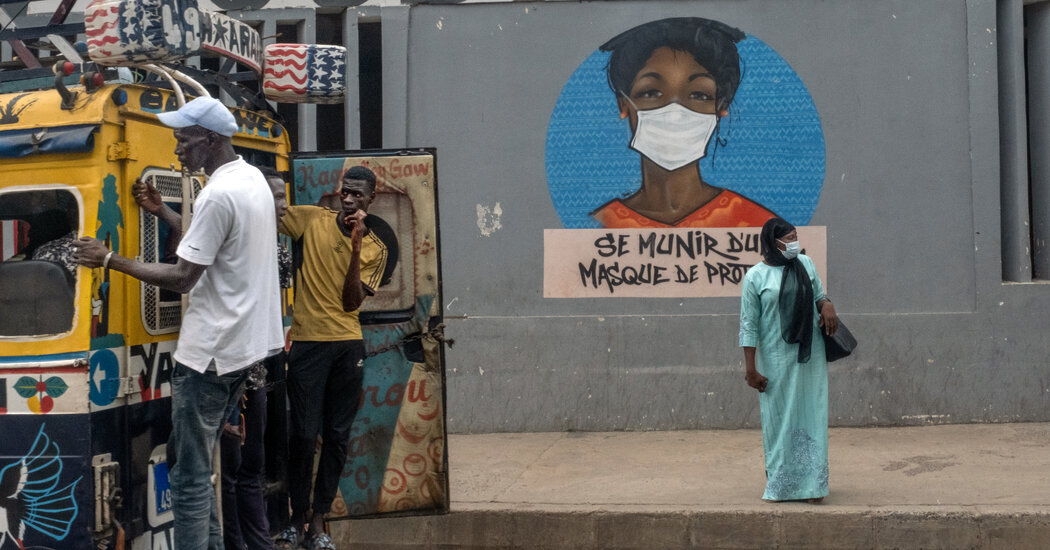 Official statistics on coronavirus cases in Africa give the impression that the continent has avoided the worst of the pandemic. But in a continent where most deaths are not formally registered and many countries are struggling to vaccinate their people, the great majority of coronavirus cases — an estimated six out of seven — are going undetected, according to Dr. Matshidiso Moeti, the Africa director at the World Health Organization.

Speaking at a news briefing on Thursday, Dr. Moeti said the W.H.O. estimated that about 59 million people in Africa had been infected with the coronavirus from the beginning of the pandemic through Oct. 10. Only somewhat more than 8 million cases have been officially recorded.

“Now is the time to go on the offensive against Covid-19, and work with local communities to break transmission chains and stop wider outbreaks from happening,” Dr. Moeti said.

The W.H.O.’s analysis was derived from a coronavirus calculator developed by Resolve to Save Lives, a global public health organization which specializes in cardiovascular disease and preventing epidemics. The coronavirus calculator estimates infections based on the number of reported cases and deaths, and “an infection fatality rate grounded in population-based studies,” according to a statement by the W.H.O.

Africa remains the continent with the lowest vaccination rates. In nearly half of the African countries that have received Covid-19 vaccines, only 2 percent of the population or less has been fully vaccinated, according to the W.H.O.

With limited testing available, Dr. Moeti said, many communities in Africa were “flying blind,” with asymptomatic people passing on the virus without being aware that they have it.

In a bid to curb transmission, she announced a community-based initiative to enhance coronavirus testing in eight countries: Burundi, Ivory Coast, Republic of Congo, Democratic Republic of Congo, Guinea-Bissau, Mozambique, Senegal and Zambia. The initiative includes wider use of antigen detection, a relatively inexpensive type of test that yields results in around 15 minutes, and a “ring-based” strategy of voluntary testing for anyone living within 100 meters of a positive case.

Dr. Moeti said coronavirus cases appeared to be trending “downward or plateauing” in most African countries, though some were still reporting increases, including Angola, Gabon, and Cameroon. In Rwanda, which had enforced one of the continent’s strictest lockdowns, bars resumed normal operations in late September after being closed for 18 months.

Several African countries are also dealing with outbreaks of other infectious diseases, including the deadly Ebola virus. Ivory Coast confirmed its first Ebola case in almost 30 years in August, and the Democratic Republic of Congo has since reported two fatal cases of Ebola, Dr. Moeti said. Guinea had an outbreak early in the year.

Published in Africa and World