New Top Federal Prosecutors in Manhattan and Brooklyn Are Confirmed 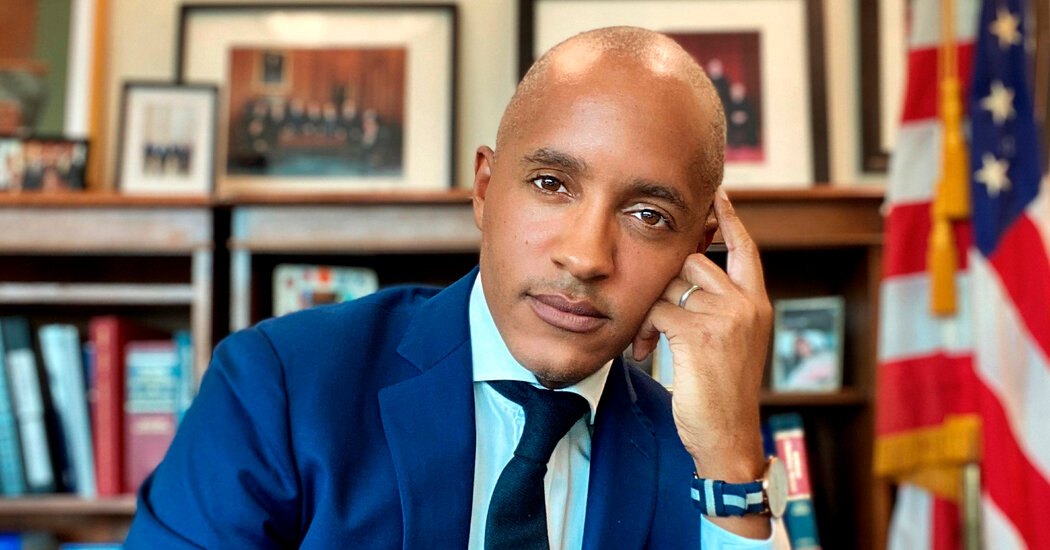 The U.S. Senate confirmed Damian Williams late Tuesday as the new U.S. attorney for the Southern District of New York, making him the first African American to lead one of the nation’s most powerful federal prosecutor’s offices, the office of Senator Chuck Schumer said.

Based in Manhattan, the office handles complex fraud, terrorism and public corruption cases, including some that in recent years reached former President Donald J. Trump’s inner circle. Mr. Williams, 41, has been a Southern District prosecutor for nearly a decade, most recently overseeing the unit that investigates fraud on Wall Street.

The Eastern District has successfully prosecuted high-profile defendants like the singer R. Kelly at a racketeering trial last month, and, in 2019, the notorious Mexican drug lord known as El Chapo.

Mr. Peace, who is also Black, is a partner at the law firm Cleary Gottlieb Steen & Hamilton. He once worked as an Eastern District prosecutor and was a clerk for U.S. District Judge Sterling Johnson Jr. in Brooklyn.

“Both Damian Williams and Breon Peace have dedicated their careers to equal justice under the law,” Mr. Schumer said in a statement late Tuesday. “They will bring a passion for the rule of law, civil rights and justice to their respective posts, as well as profound integrity and expertise to their offices.”

Mr. Williams takes leadership of the Southern District as it prepares for the high-profile sex-trafficking trial next month of Ghislaine Maxwell, the longtime companion of Jeffrey Epstein. (She has pleaded not guilty.)

Mr. Williams also will oversee the continuing investigation into Rudolph W. Giuliani, the former New York City mayor and lawyer to Mr. Trump, over his dealings in Ukraine before the 2020 presidential election. Mr. Giuliani, who himself was once the U.S. attorney in Manhattan, has denied any wrongdoing.

Mr. Williams, a Yale Law School graduate, clerked for Merrick B. Garland when he was a federal appeals court judge in Washington and Justice John Paul Stevens on the Supreme Court. (Mr. Garland is now the U.S. attorney general.)

In the Eastern District, Mr. Peace inherits the prosecution of Thomas J. Barrack Jr., a close friend and ally of Mr. Trump’s who was charged in July with lobbying violations and obstruction of justice. Mr. Barrack has pleaded not guilty.

The Eastern District also had its own investigation involving Mr. Giuliani, focused on whether current and former Ukrainian officials funneled misleading information to him as part of an effort to interfere in last year’s presidential election. Mr. Giuliani is not a subject of that investigation, The New York Times has reported.

Mr. Peace, a graduate of New York University School of Law, did not immediately respond to a request for comment. Mr. Williams declined to comment through a Southern District spokesman.

The confirmations of Mr. Williams and Mr. Peace are expected to lend some stability to their offices, both of which experienced rapid turnover at the top under Mr. Trump.

Two of the last four U.S. attorneys in the Southern District were fired during the Trump administration, most recently Geoffrey S. Berman, who refused to resign when William P. Barr, the U.S. attorney general at the time, tried to replace him with a political ally. The Times has also reported that Mr. Barr and other senior Justice Department officials tried to interfere in some of the Southern District’s key cases and investigations.

Audrey Strauss, who was Mr. Berman’s deputy and who was elevated into the top position when he was fired, has led the office for more than a year.

In the Eastern District, Mr. Peace will be the eighth person to serve as U.S. attorney since President Obama elevated Loretta E. Lynch to U.S. attorney general in 2015. Some of Mr. Peace’s predecessors served only a few months in acting or interim capacities.

Before Mr. Peace, three other Black lawyers served as U.S. attorney in Brooklyn, including Ms. Lynch, who held the post twice before becoming attorney general.

On Sept. 30, the Senate confirmed Trini E. Ross as the U.S. attorney in Buffalo. She was a longtime federal prosecutor there, and recently held a senior position in the inspector general’s office at the National Science Foundation.