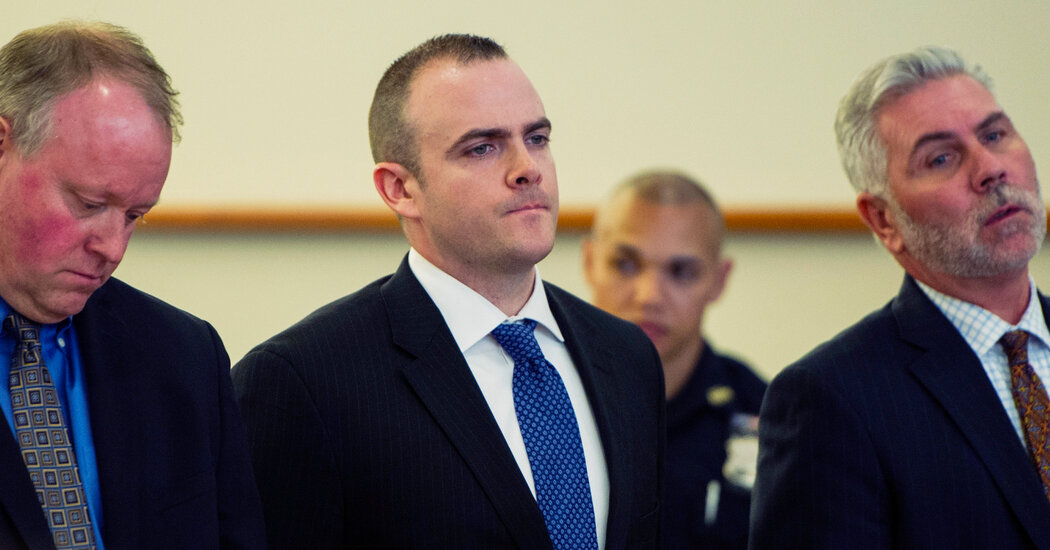 During Sergeant Barry’s criminal trial in 2018, prosecutors said he had rushed to subdue Ms. Danner despite police protocols that require a slow approach with people with serious mental illness. In his haste, he had failed to gather key information about Ms. Danner and her past interactions with the police, prosecutors said, adding that he should also have used nonlethal tactics or waited for Emergency Service.

Ricardo Aguirre, a retired department prosecutor and a lawyer who represented Ms. Danner’s sister in a $2 million wrongful death suit against the city, said Sergeant Barry should have brought a shield or other special equipment to avoid having to use lethal force.

Sergeant Barry’s attorney, Mr. Quinn, said his client handled Ms. Danner appropriately despite the outcome. “It’s up to the patrol sergeant to take control of a situation and try to resolve it,” Mr. Quinn said. “Sergeant Barry did resolve it, he thought, everybody thought, when he got her to put the scissors down and to step out of the room. What he was unaware of was that she had a second weapon.”

Police officials acknowledged Sergeant Barry had not received specialized crisis intervention training that teaches officers how to recognize and de-escalate encounters with people experiencing mental breakdowns. The department had been slow to implement the training, which it adopted under pressure in 2015 and had only given to about 4,700 officers — a fifth of the patrol force — before Ms. Danner’s death.

Since then, several other people in the throes of mental illness have been killed by the police, including a Brooklyn man wielding a pipe in 2018 and a Bronx fitness instructor holding a cooking knife in 2019. No criminal charges have been filed in those cases, although two officers are facing disciplinary charges over the death of the instructor, Kawaski Trawick.

The deaths led the city to expand mobile crisis teams that handle psychiatric calls that are deemed nonemergencies, reducing response times from an average of 17 hours to about two hours.

This June, the city began a pilot program in Harlem that sends paramedics and social workers to some mental health calls instead of the police. Early data suggests the program is more effective at getting people to accept medical assistance than the traditional police response. Police officers still respond to the vast majority of mental health calls in the city, like the one that brought Sergeant Barry to Ms. Danner, though most are resolved without deadly force.