Robert Schiffmann, Inventive Guru of the Microwave, Dies at 86 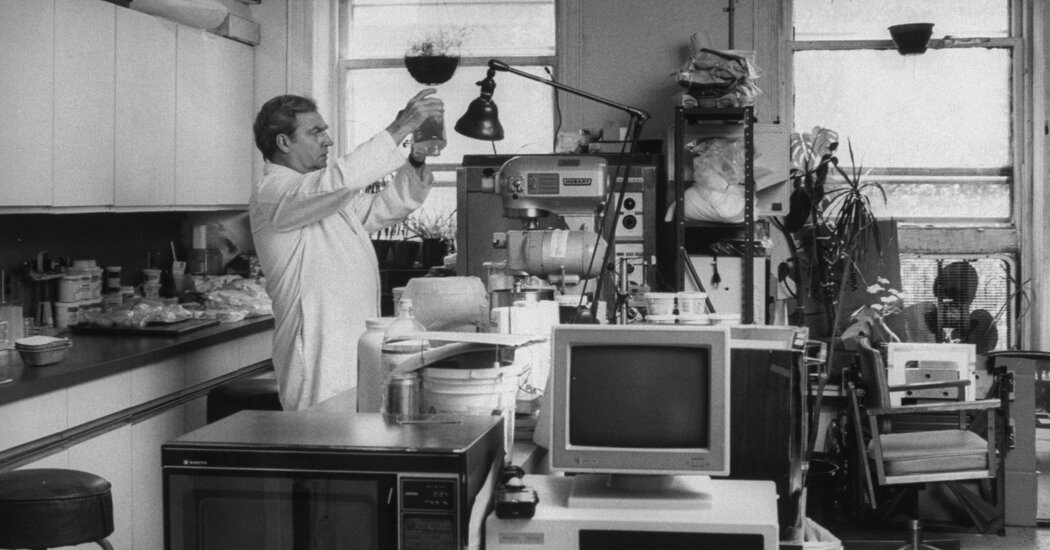 After earning a bachelor’s in pharmacy at Columbia University in 1955 and a master’s in analytical science and physical chemistry at Purdue University four years later, Mr. Schiffman answered an advertisement for “a physical chemist with a sense of humor” at DCA Food Industries, a bakery equipment maker, and got the job.

It was there, in 1961, while studying the heat transfer characteristics of deep-fat frying, that he saw a co-worker place a sandwich on a paper plate inside a chrome-plated machine.

“When the guy took the sandwich out, it was warm, but the plate was cool and so was the air in the oven,” he told People. “I couldn’t get over it.”

He quickly microwaved his own sandwich, and, over the next 15 minutes, started experimenting. He microwaved doughnut dough, and then a beaker of fat into which he added raw dough, all of which eventually led to his building large microwave doughnut fryers.

In 1971, after 11 years at DCA, he joined Bedrosian & Associates, a new product and research consulting firm, where he helped develop consumer entrees, desserts, sauces and soups.

Seven years later, he formed R.F. Schiffmann & Associates, which became the vehicle for his microwave explorations as a consultant to dozens of companies on ovens, foods, packaging cookware and product testing, and as an expert witness in microwave heating cases. For 22 years he was also the president of the International Microwave Power Institute, an organization dedicated to microwave energy.

In 1992, he was an inventor of Micro Cuisine, a type of small casserole dish used inside a microwave oven. Drawing on the Half Time oven concept, the dish has a “microwave absorbing base” that converts energy into hot air and a battery-operated fan that blows the hot air around the oven.