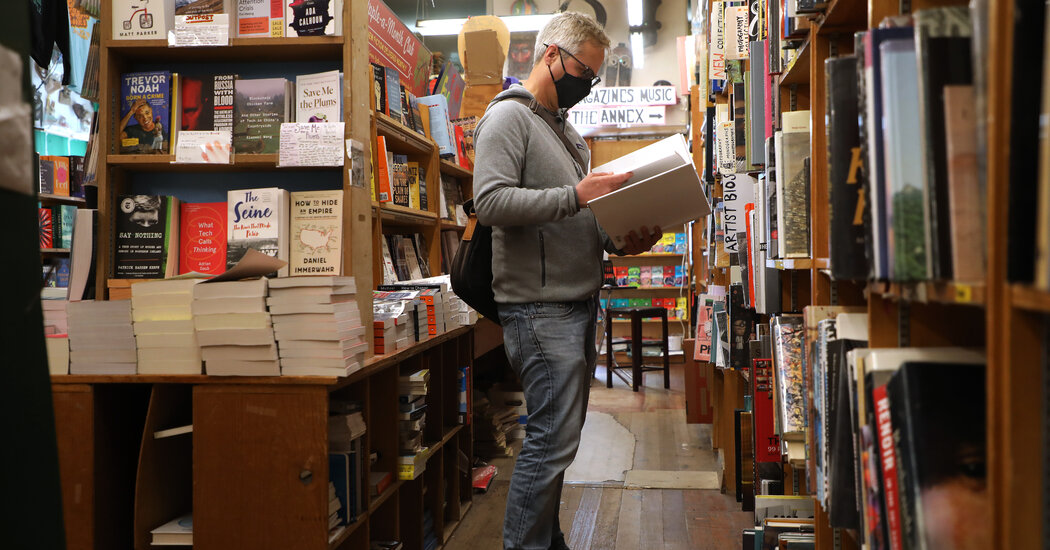 The churning disruption in the global supply chain has now reached the world of books, just as the holiday season — a crucial time for publishers and bookstores — approaches.

Publishers are postponing some release dates because books aren’t where they need to be. Older books are also being affected, as suppliers struggle to replenish them.

To get a book printed and into customers’ hands, there are essentially two different supply chains. On both paths, at virtually every step, there is a problem.

Books that require a lot of color, like picture books, are often printed in Asia. But transporting cargo to the United States has become excruciating, with every imaginable product jostling for position.

First, there aren’t enough shipping containers. Publishing professionals say that a container, which can hold roughly 35,000 books, used to cost them about $2,500 but can now be as much as $25,000.

Once books get into a container, the ship carrying it is likely to wait in line to dock at a backed-up port. Last month, a record 73 ships were bobbing around in the water near the Port of Los Angeles and the Port of Long Beach.

Worker shortages are also slowing down operations at warehouses and distribution centers. Companies are raising wages to attract more staff members, but they’re competing with others who are doing the same thing. And the virus has aggravated staffing issues, as some workers get sick and others are told to quarantine. At some book distribution centers, one executive said, vaccination rates are low.

All of these problems compound one another, and there isn’t much anyone in the book business can do to fix things.