The Chaos on Rikers Island 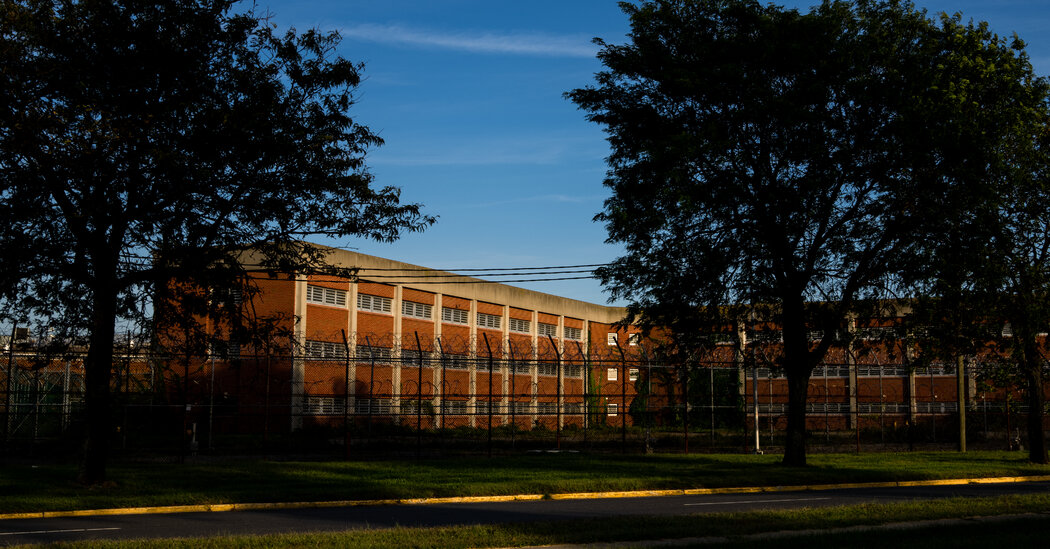 It’s Monday. We’ll look at the chaos inside the jail complex on Rikers Island. Scroll down and we’ll also look at a privately run park in Little Italy that the city wants to evict.

The situation in the notorious Rikers Island jail complex has spiraled out of control in recent months, and detainees have had free rein inside. They are in near-total control of entire units in some buildings.

My colleagues Jan Ransom, Jonah E. Bromwich and Rebecca Davis O’Brien conducted more than two dozen interviews and extensive reviews of court filings and city records. They write that the extent of the lawlessness at Rikers has become difficult to imagine.

Detainees, not correction officers, have ushered incarcerated people to and from their dorms. Detainees have wandered in and out of off-limits areas like break rooms and have flouted rules about smoking tobacco and synthetic marijuana. Sometimes they have answered phones that were supposed to be staffed by guards. Several detainees have pilfered keys and used them to free other incarcerated people, who went on to commit acts of violence.

The crisis began with the coronavirus pandemic. More than 2,200 employees of the Department of Correction have been infected with the virus, leading to acute staffing shortages. In recent months, Rikers has been plagued by staff shortages linked to absenteeism.

The 413-acre jail compound in the East River has been plagued by gangs, drugs and violence for decades and has suffered from mismanagement and neglect worsened by the pandemic and the severe staffing crisis. The unruliness has not been limited to incarcerated people. Correction officers have taken part in beatings. Last week, a guard was charged with providing a razor blade to a detainee who planned to use it as a weapon.

Mayor Bill de Blasio acknowledged 11 months after taking office in 2014 that he had underestimated the dysfunction that made it possible for violence to dominate at Rikers, and in 2017, he promised to shut down the complex. De Blasio visited Rikers last month for the first time in four years — on the same day that three Democrats on the House Committee on Oversight and Reform said they wanted to hear from him about the “unacceptable conditions” there. Asked after his tour what had upset him the most, de Blasio said, “The whole thing upsets me.”

Things are unlikely to improve dramatically before the next mayor takes office in January, with the crisis presenting an immediate test for the new administration. A spokesman for Eric Adams, the Democratic nominee who is likely to become the city’s next mayor, did not respond directly to a request for comment about Rikers Island, but pointed to Adams’s previous statement in favor of directing additional resources to the jails.

For now, Rikers is clouded by a sense of futility. One jailer said he no longer confiscated weapons — even though stabbings have doubled compared with last year — because to do so, he would have to use force in an area where he was likely to be alone with dozens of detainees. He said he could not count on immediate backup if they attacked him.

An incident involving a bus on Rikers showed how lax conditions have become. A detainee hijacked it simply by walking to the front of the vehicle, which had been left unguarded with the keys in the ignition. A gate that should have kept him away from the driver’s seat had been left unsecured.

He put the bus in gear and rammed a jail building twice, the second time with so much force that the walls shook and bricks went flying.

“Rikers has long been dysfunctional, decrepit and dangerous,” said Zachary Katznelson, executive director of the Independent Commission on New York City Criminal Justice and Incarceration Reform. “What we see today is next level. It is an inability to deliver even the basic services — something we haven’t seen in a long time, if not ever.”

It’s shaping up as a changeable day. There’s a chance of a shower in the morning. Then watch New York go from partly cloudy to mostly sunny with a high near 72. The nighttime low will be in the low 60s.

The latest chapter in the story of a little park in Little Italy is about what amounts to an eviction notice from New York City. The park’s keeper says it is unfair.

The background: The park has occupied a city-owned lot since the 1990s, when a gallery owner who lived across the street struck a deal with the city. The gallerist, Allan Reiver, cleaned up the junk-filled parcel between Elizabeth Street and Mott Street. He replanted grass and trees and used the space as an outdoor showroom for his antiques business. The 20,000-square-foot haven became known in the community as the Elizabeth Street Garden.

The city has spent the last nine years trying to retake it and build an affordable housing complex for seniors. Reiver responded to the city’s pressure by setting up a nonprofit to oversee the garden, which evolved into a community space with poetry readings and other events. The conflict simmered until 2019, when the nonprofit filed a lawsuit aimed at keeping the garden from being displaced. The case is pending.

That was where the situation stood when Reiver died in May. Then, last month, the city sent word that it was terminating the lease on the park, effective Oct. 31.

Norman Siegel, a lawyer for the park, accused the city of “trying to achieve through lease termination what they could not achieve through litigation.” In a footnote to a letter to the judge, Justice Debra James of State Supreme Court, Siegel and three other lawyers for the nonprofit questioned whether the termination had been prompted by Reiver’s death.

“Maybe someone thinks that now that he’s dead, they can go ahead,” Siegel said, though he noted the park is overseen by a nonprofit with a six-person board. (A spokesman for the city’s Department of Housing Preservation and Development said that the 30-day termination notice was separate from the court case. “Nothing prohibits the city from seeking to recover the space, regardless of the outcome of the other litigation,” the spokesman said.)

Reiver’s son Joseph, the executive director of the nonprofit, called the termination effort “underhanded” and said that a save-the-garden campaign has generated more than 21,000 messages to lawmakers including Eric Adams, who is likely to be the next mayor. Reiver also said the effort to force out the garden was being rushed because Councilwoman Margaret Chin, whose district includes the garden and who is a longtime supporter of the housing project, and Mayor Bill de Blasio will leave office at the end of the year.

Ms. Chin said in a statement that Allan Reiver “got a sweetheart deal” on his lease and had opened the garden to the public only after he learned that the city wanted to build affordable housing there. She said the project would provide “greatly needed, deeply affordable housing for low-income seniors in one of the most expensive neighborhoods in the city.”

It was some years ago and I was working in Midtown. One day, my wife called and asked me to stop at a fishmonger near the Port Authority Terminal on my way home and pick up some fish for dinner.

I walked into the place, where an older counterman greeted me and quickly filled my order. I asked him to add a fresh lemon.

“I have a deal with the greengrocer next door,” he said, looking up. “He doesn’t sell fish and I don’t sell fruit.”

Melissa Guerrero, Rick Martinez and Olivia Parker contributed to New York Today. You can reach the team at [email protected].