This Entrepreneur Believes Courage Is the Key Ingredient for Success 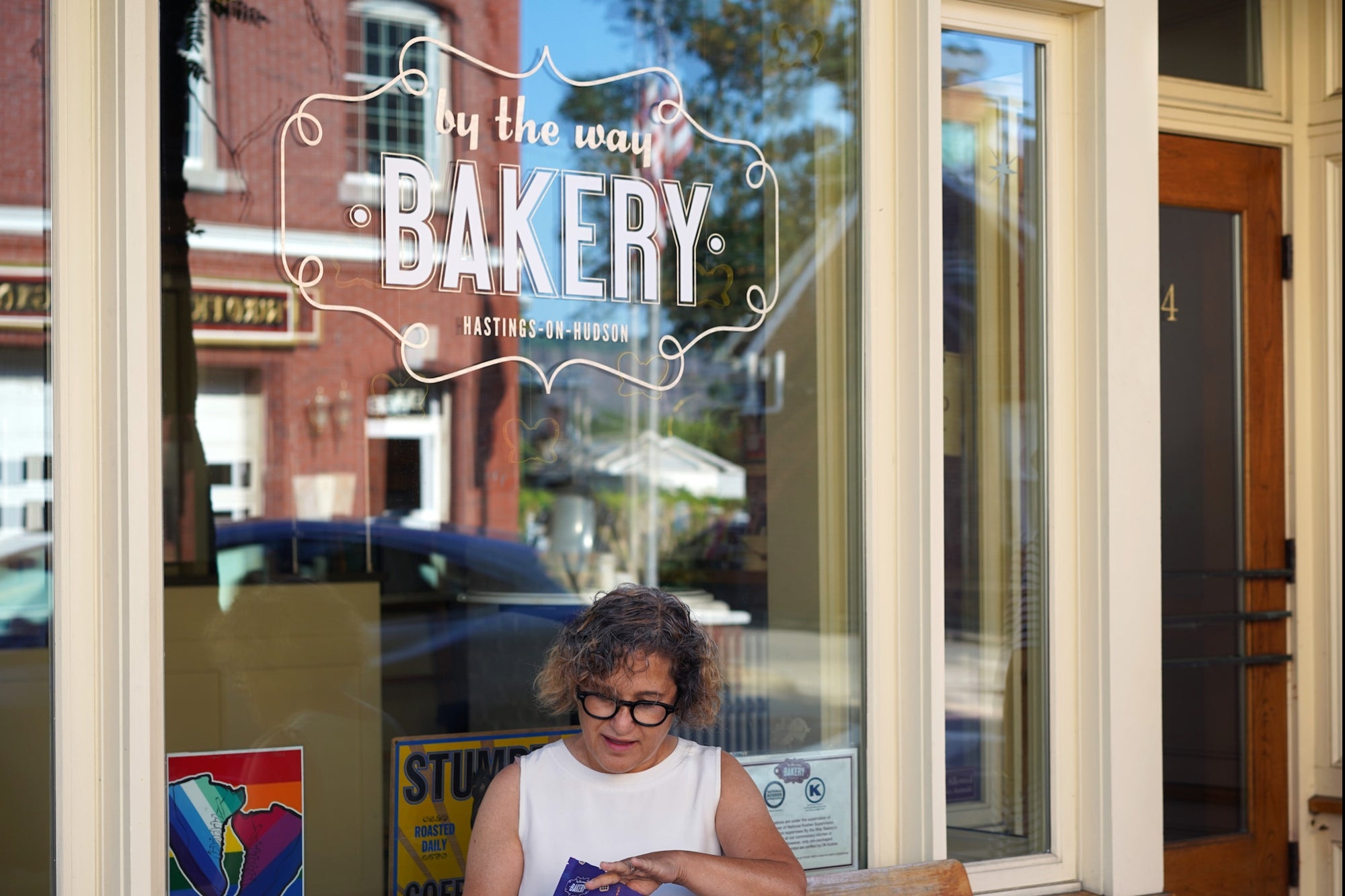 After spending more than 20 years working as a media attorney at companies like Reader’s Digest, Bloomberg and Audible.com, Helene Godin decided she needed a change. The lawyer-turned-entrepreneur decided to open up her own gluten-free, dairy-free and certified Kosher bakery … even though she didn’t know how to bake. Today, she’s the CEO and Founder of By the Way Bakery, which has four locations across New York and Connecticut; a product, Mo Mix, that she ships nationwide; and items available in 80 Whole Foods. She talked with Jessica Abo about her journey and why courage is the key ingredient for success.

Jessica Abo: You were a practicing attorney and you decided to pivot and start a bakery. How did that happen?

Helene Godin: I come from a family of lawyers. I got to college and took every class there was that had law in it, went straight to law school and loved it, truly loved it, for 20-ish years. Then, I quit with no idea what I was going to do. No idea.

After four days, I was really bored and decided to do a little bit of experimenting and exploring, and pretty quickly came up with this crazy idea that I was going to open a bakery. I sat at the dinner table and announced to my then-teenage sons and my husband, that I was going to do one of those hobby businesses and open just a little storefront.

My kids looked at me and said, “Mom, you don’t know how to bake.”

And I said, “That’s okay. I’m going to open a gluten-free bakery. Nobody knows how to do that.”

My husband was right. It was never going to stay a little shop, because now we’re in 80 Whole Foods, and I’m speaking to you out of an 8,000 square foot baking facility.

Talk to us a little bit about how courage played a role in all of this.

It first took a lot of courage, because I truly did not know how to bake and picked an area that appealed to me but didn’t know anything about. I learned how to bake, which took an enormous amount of not just research, but also my kids running down the stairs the first few times I turned on the oven to say, “Mom, it’s bake, not broil. You’re broiling the cupcake batter again.”

I researched everything from, because it was gluten free, what’s going to be the right flour mix, to what’s this flour mix going to cost me, to where am I going to get it, to if I’m going to open a store, what does a bakery look like. I was going to every possible bakery, not being afraid to ask tons of questions to anyone and everyone who would listen, and then also listening to what they say.

How do you take all of that information and not get overwhelmed with analysis paralysis?

It’s not just analysis paralysis, it’s a way of hiding: A way of being afraid to launch in the first place. “I’m just going to get it perfect, I’m just going to do it again and I’ll make sure.”

When I opened my store, I wanted to sell only items that I was truly proud of in an environment that I was truly proud of. But I opened a tiny little store with a short-term lease in a tiny little town, it’s the village of Hastings on Hudson where I live, but the whole town is two square miles. The rent was inexpensive and the build-out was inexpensive. I invested in quality equipment, but small equipment. We baked, originally, out of a high-end toaster oven practically. And I’ve always been this way, to do it bravely but carefully.

What’s an example of a bold move that you made to get to where you are today?

I literally just showed up at Whole Foods with baked goods and befriended the cheesemonger. And it so happened that Julie said to me, “She’s here, she’s here. The buyer is here.” You show up enough times, she’s going to show up, too. So I thrust myself on her, “Have a cake and it’s not from your store.” And next thing I knew, I got a call from Whole Foods or an email saying we’re doing a bake-off because we’re expanding our local gluten-free options, and since everything we bake is gluten-free, dairy-free and certified Kosher, we should come to the bake-off. Opportunity doesn’t show up very often and when it does, you must seize it.

You have Mo Mix, which people can get shipped to them nationwide, and other items coming out for the holidays.

We have about 20 to 25 standard products that you can always find, like you can always find this six-inch chocolate cake and a six-inch sprinkle cake, and you can find four kinds of cupcakes. And you can find one of my very favorite products, which is called the Amy Cake, and it is an individual Bundt cake that’s got sprinkles baked in like a funfetti kind of thing on the inside, a glaze and sprinkles on the outside, and it makes you smile just like my friend, Amy. We had a wonderful Rosh Hashanah and now for Thanksgiving, we’re going to offer our famous dairy-free pumpkin cheesecake with a gluten-free crust. And for Christmas, a hazelnut torte with a praline filling.

How did you come up with the name By the Way Bakery?

My husband was hosting a seminar, and I just kept bringing products for people to try, because I wanted to hear what they had to say. And someone at that seminar, whose name neither of us can remember, said, “I know what she should call it, By the Way Bakery.” As in, by the way, it’s gluten-free.

For the person out there who might just be feeling a little lost at this moment, what do you want to say to help them find their courage?

Don’t be afraid to fail. It’s not finding the courage but a fear of failure that will get in your way.