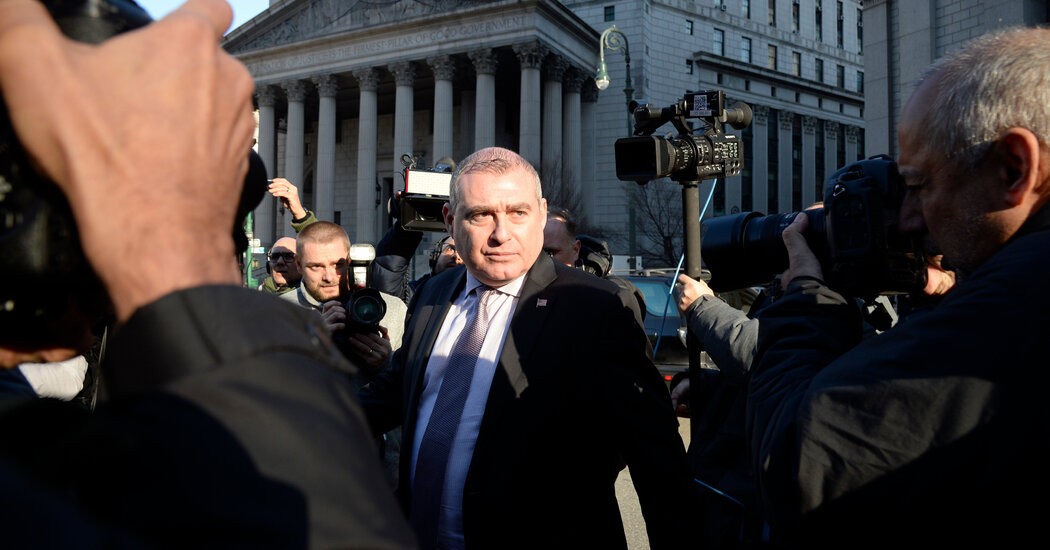 In court filings and during a recent hearing, prosecutors and defense lawyers offered some indications of what arguments they might advance and what evidence they could introduce during the trial.

Prosecutors wrote that they intended to offer out-of-court statements made by both defendants, as well as Mr. Correia, Mr. Fruman and Mr. Muraviev. Most of those, they added, “were made in electronic communications, such as emails, text messages, and chats using WhatsApp.”

Likely witnesses, they wrote, included Deanna Van Rensburg, who served as Mr. Parnas’s personal assistant from about April 2018 until his arrest, and Mr. Laxalt, now vying for the Republican nomination for a U.S. Senate seat.

Mr. Parnas’s lawyer, Joseph A. Bondy, suggested during the hearing, on Oct. 5, that he might portray his client as someone with a “relative lack of education” in the area of election law.

And a lawyer for Mr. Kukushkin signaled that he planned to portray his client as a victim of Mr. Parnas rather than as his co-conspirator.

The lawyer, Gerald B. Lefcourt, described Mr. Parnas in a recent court filing as the perpetrator of a “con” who, along with Mr. Fruman and Mr. Correia, used a “dog and pony show” to dupe Mr. Kukushkin and many others.

“They portrayed themselves as well-connected, powerful political power brokers, who could speak directly to the president of the United States, his children, his inner circle,” Mr. Lefcourt wrote. “Of course, it was all a ruse, one big fraud or Ponzi scheme.”