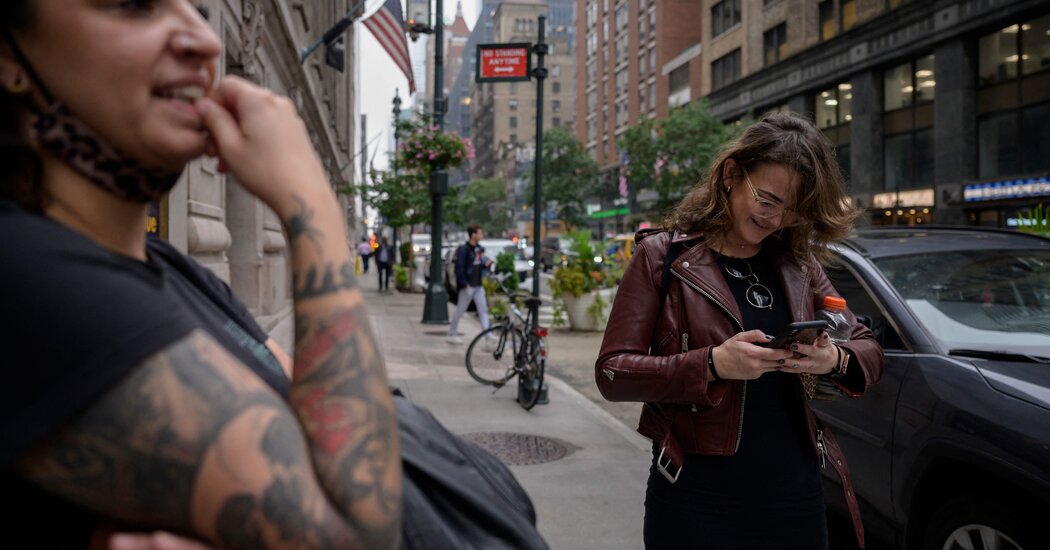 Other major brands seemed to recognize the social media company’s marketing coup. “hi what can I get u” the official McDonald’s account replied. “59.6 million nuggets for my friends,” the Twitter account responded.

Some companies used the opportunity to market their products. Netflix tweeted an image from its new hit show “Squid Game” showing a contestant in the series labeled as “Twitter” holding up and saving the life of a contestant labeled “Everyone.”

Even Zion National Park got in on the fun.

Some users, like Jhonen Vasquez, a cartoonist, took the jokes a bit further.

“All the Facebook networks are down for now. I can’t help but be excited to see what new happiness-degrading, life-ruining horrors manifest to take their place,” he posted.

Some, lacking their favored social media apps to use as a distraction, joked that their productivity was up on Monday.

“Instagram and Facebook should go down everyday,” said BenDeLaCreme, a performer. “I haven’t been this productive since 2006.”

For some whose work involves using Facebook, the network issues meant a day interrupted.

“Social media managers at work today,” Motorola posted on Twitter, with a popular GIF of a lost John Travolta.

The radio network iHeartRadio checked in on those who work in social media, with a Twitter post that said, “Dear fellow social media managers… y’all doing ok?”

People piled on in their criticism of Facebook. Jokes about the shutdown converged with comments from politicians like Senator Ed Markey, Democrat of Massachusetts, about Frances Haugen, a former Facebook product manager who shared with The Wall Street Journal and lawmakers thousands of documents that revealed Facebook knew of many harms its services were causing.

“Facebook is down right now,” Senator Markey said in a tweet, “so it’s a great time to listen to whistleblower Frances Haugen.”

While many shared jokes on Twitter, others acknowledged the seriousness of the matter, as Facebook’s apps are relied on for communication by many of its three billion users.

“Okay, it was all jokes and gifs when Instagram and Facebook went down, but if Gmail and Twitter go down, too, the freaking out will commence,” Aisha Sultan, a columnist at The St. Louis Post-Dispatch, said on Twitter. “I’m already starting to miss my family’s incessant WhatsApp messages. Oh God, I’m getting lonely, and it’s only been 4 hours.”