Vaccination rates rise among teachers and other employees as a mandate takes effect in N.Y.C.’s schools. 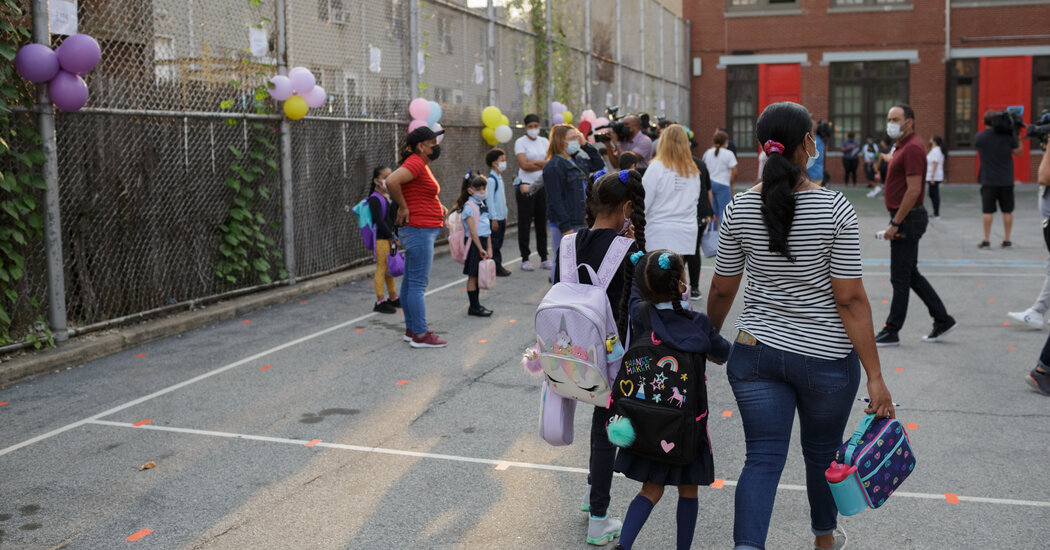 New York’s requirement that virtually everyone who works in the city’s public schools be vaccinated against the coronavirus compelled thousands of Department of Education employees to get at least one dose of a vaccine in the past week, leading to extremely high vaccination rates among educators, Mayor Bill de Blasio said Monday.

About 95 percent of all full-time school employees have received at least one dose of a coronavirus vaccine, the mayor said, including 96 percent of teachers and 99 percent of principals.

More than 18,000 shots were given to staff members since Sept. 24, and 43,000 doses have been administered since the mandate was announced in late August.

“Mandates work, they make us safer,” Mr. de Blasio said in a television interview on Friday. “I would urge every mayor in America: Do it now, get those vaccine mandates in place ahead of the cold weather, when things are going to get tougher. Do it now, or you will regret it later.”

New York’s mandate, which took effect when the school day started on Monday, is the mayor’s first attempt at requiring vaccination without a test-out option for any city workers. It could lay the groundwork for a much broader requirement for the city’s vast work force.

The requirement applies to well over 150,000 people who work in the nation’s largest school system, including teachers, principals, custodians, school safety agents and lunch aides.

School employees who did not show proof that they had gotten at least one vaccine dose were automatically placed on unpaid leave late Friday. Those who proved they got a shot over the weekend were allowed to report to school Monday and added back to the payroll.

While the mandate clearly pushed many employees to get vaccinated, the mayor’s decision to impose it will be further tested this week, as some schools grapple with possible staff shortages caused by the departure of unvaccinated employees.

At many schools, nearly all staff members are vaccinated, and the mandate will have little to no effect. But some schools are likely to have to call on large numbers of substitute teachers. Others will probably have to switch from serving hot lunches to offering grab-and-go options because of a lack of cafeteria aides.

Union officials said they were particularly concerned about school safety agents who had refused to get vaccinated. They work for the Police Department and cannot be easily replaced. At least 82 percent of agents had gotten at least one vaccine dose, police officials said.