With ‘Play Nice But Win,’ Michael Dell Is Trying to Be Nice 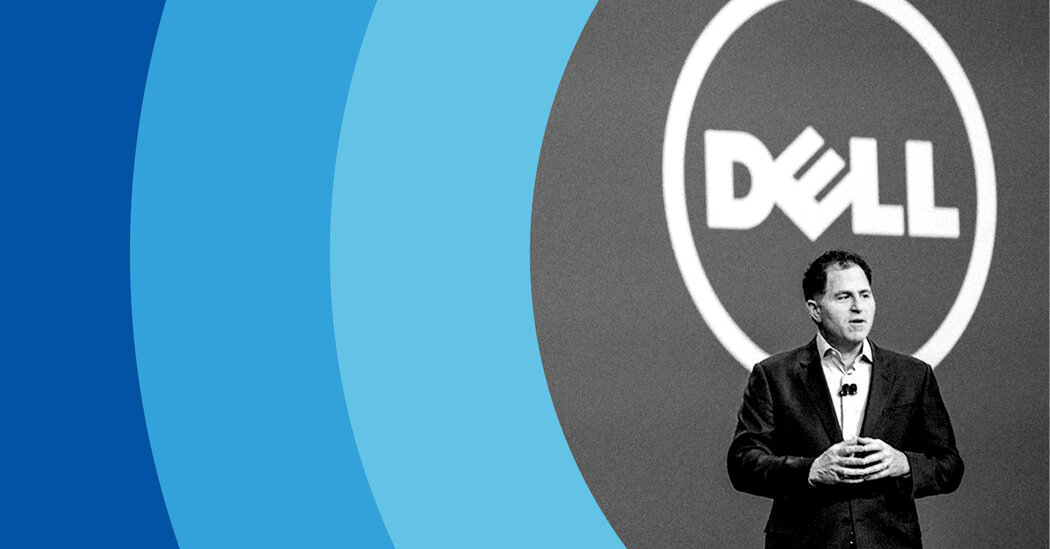 Books about deal making are the thrillers of the business world. There is conflict. There are high stakes. There is bluffing, bragging and bullying. There are “Barbarians at the Gate.”

Michael S. Dell’s new book, “Play Nice but Win: A CEO’s Journey From Founder to Leader,” isn’t necessarily a book about deal making. But in many of its most vivid passages, Mr. Dell recounts buying, selling, listing and delisting companies over the course of his career.

He has a lot of material to work with. Most notably, the 2013 buyout of the Texas-based computer giant that bears his name, in which he and the investment firm Silver Lake took Dell private in a $25 billion deal, ending its 25-year run as a public company. Mr. Dell’s role as chairman of the same board that would assess the fairness of his bid added an extra layer of complexity to the deal.

Carl Icahn made it even more complicated.

The activist investor tried to disrupt the deal, pushing for a higher price using a series of maneuvers that the book chronicles in detail from Mr. Dell’s less-than-sympathetic perspective. This bitter, long-running saga often strains the author’s titular advice to “play nice” in business dealings, with Mr. Icahn serving as a foil for Mr. Dell’s account of how his own management style took shape.

Once he prevailed in taking Dell private, more deals followed, including a complex $67 billion takeover of EMC in 2016. Two years later, an even more complicated transaction brought Dell back to the public markets — via another tussle with Mr. Icahn. (We told you it was a book heavy on deal making.)

“Real candor is scary,” Mr. Dell writes, describing how his latest book goes deeper than 1999’s “Direct From Dell” on “the many ups and downs” he felt as he built his company. He spoke with DealBook about what it takes to “win” as a company leader, and about the decisions, dramas and — yes — deals that have defined his career. The interview has been edited and condensed.

Your dealings with Carl Icahn, which form a big part of the book, don’t seem very “nice.” How do you square that with the advice of the book’s title?

There came a point where it was pretty clear I needed to fight back, and that’s what I did. And it turned out to be a lot more of a battle than I ever anticipated. But in the end, the result was a great one. I think it’s important to expose him for what he is. I don’t have any ill will toward the guy other than he attacked me.

I didn’t roll over and play dead and let him run over us and destroy the company. I open the book with this fairly dramatic moment where I go to his house and I’m having dinner with him. And I confront him and say, “What’s your plan?” And it turns out he has no plan.

So, in the end, you feel like you were able to “play nice” with him?

Let’s not forget the full title of the book. There’s also the “winning” part.

Shareholders were paramount around some of your big transactions, but the end of the book talks a lot more about broader concerns: stakeholders, diversity, climate change. Does this reflect your evolution as a leader?

Stating the obvious, companies are now asked to participate in a much wider set of issues. I think some of the issues were natural ones for Dell even 30 years ago. I talk a lot about clean materials and recycling. And I mean, we’ve sold like 800 million-plus PCs. That’s a lot of things out there with my name on it. And if they all end up in a ditch somewhere destroying the environment, that’s going to give me nightmares.

Also, if you look at our world today, there’s a massive shortage of talent, particularly the advanced skilled talent in technology. That’s an economic opportunity, but it’s also an equality opportunity.

You were one of the first heads of a major company to speak out about voting rights in Texas. What motivated that?

If you’re not going to stand up for voting in a democracy, that doesn’t feel right. Voting is the most fundamental part of a democratic society.

Would you have done the same if this sort of legislation was happening back in the 1990s?

I think 30 years ago it probably wasn’t as common for companies to be involved in environmental, social and governance-type issues.

Not nearly as many companies have spoken out about the new abortion law in Texas as on voting rights. Is that something that’s been discussed in the boardroom?

The book recounts a lot of travel, meetings, dinners and the like. Can deals as big and as complicated as the ones you’ve done with Dell now happen over Zoom?

I think a lot of it can happen. When consummating enormous consequential transactions, people are still getting together for the most critical things, but there’s certainly a lot of work that can be done in a connected way. We’ve all had that shared experience over the last 18 months, and ultimately I think that’s a huge positive, not just for balance but also for the environment and productivity.

I always get a great seat on Zoom Airlines, and I can move across three or four continents in one day. And that’s fantastic.

I think hybrid work is here to stay. Work is something you do; it’s not a place. There will be times when it makes sense for people to get together physically. But I think we’ve proven to ourselves that we can get lots of work done from anywhere with the right tools and technology. A lot of it is our technology. That’s also been great for business.

You’re part of a distinguished group of tech founders who dropped out of college to start their companies. Is that something you would advise young entrepreneurs to do?

I don’t think it’s good generic advice. The overwhelming majority of people who drop out of college probably don’t go on to start very large companies. So your mileage may vary. Proceed with caution.

Time for the lightning round. Tell us, briefly, whether these things are overrated, underrated or properly rated …

Properly to maybe even underrated.

I think blockchain is probably underrated. Bitcoin, I’m going to pass on that. I don’t really know.

I think SPACs are here to stay, but I think there’s a winnowing and quality process.

I think some are overrated. But the phenomenon is a real, legitimate way for companies to access capital markets.

Do you wish SPACs were around in the late ’80s when you were thinking about listing Dell for the first time?

If a company is trying to access capital, you would like to have more options, not fewer options. We only had one option then.

What do you think? Let us know: [email protected].